MSU has a long history of work in Africa in critical issues like food security, nutrition, education, health, and community development." -Gerald Kolschowsky 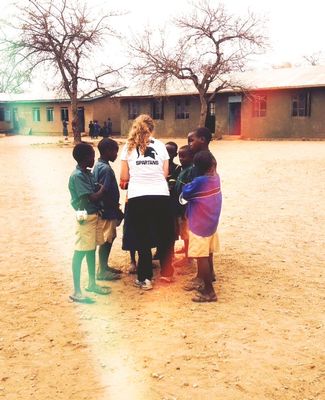 MSU has a long history of work in Africa in critical issues like food security, nutrition, education, health, and community development." -Gerald Kolschowsky

The path to building a prosperous community is lined with people—especially young people who can see their way to employment, entrepreneurship and experience. The key driver to such opportunities lies in education, including formal education as well as vocational skill building programs and on-the-job training.

In the last campaign, a significant investment from the Gerald A. and Karen A. Kolschowsky Foundation created the Tanzania Partnership Program (TPP) with MSU to help rural villages build sustainable prosperity. The program serves as an ever-evolving model that has enhanced the capacity for the villages to combat problems like poverty and hunger while improving education, health, and agriculture.

The program’s strength lies in a long term commitment by the Kolschowsky Foundation, including  an additional significant investment in 2015.

About 70 percent of those living in poverty in the world,  live in rural areas and nearly two thirds of the extremely poor earn a living from agriculture, according to the World Bank’s World Development Report.

“MSU has a long history of work in Africa in critical issues like food security, nutrition, education, health, and community development,” says Gerald Kolschowsky who, together with spouse Karen (’63) co-founded the Kolschowsky Foundation now led by their son Tim Kolschowsky. “It seemed like the a perfect partnership for us, MSU and the communities of Tanzania, to all work together to enhance their resiliency and sustainable livelihoods.”

The TPP also strengthened MSU’s partnership with the Mastercard Foundation, which shares a key goal of the TPP: making a difference for African youth. Recently, the Mastercard Foundation made its second commitment during the Empower Extraordinary campaign. Last spring, the foundation announced a $13 million partnership with MSU that will help 16,250 Tanzanian and Nigerian young people improve their livelihoods in growing sectors of the agrifood system in both countries.

More than 60 percent of Africa’s young people are jobless or underemployed, and formal job creation efforts in Africa’s growing economies have been insufficient, according to the African Economic Outlook. Comprising 20 percent of Africa’s population, Tanzania and Nigeria together represent an important opportunity for intervention in skills acquisition, job creation, and employment for youth.

MSU’s new partnership with the Mastercard Foundation will create the Agrifood Youth Opportunity Lab. The project responds directly to opportunities for youth-related programing identified in the 2016 Agrifood Youth Employment and Engagement Study, a joint undertaking of MSU and the Mastercard Foundation. Among the report’s findings was the need to engage the private sector in the design, development, and implementation of youth employment programs.

“This partnership with Michigan State University is an excellent example of using evidence to address youth employment,” says  Reeta Roy, president and CEO of the Mastercard Foundation. “By engaging the private sector to develop business opportunities for young people, the project also addresses some of the challenges youth face in seeking work.”

Both the Tanzania Partnership Program and the Agrifood Youth Opportunity Lab utilize policy research, data, and analytics to develop cost-effective, scalable models that can help communities prosper. The efforts build on MSU’s nearly 60 years of engagement in Africa. MSU was the first major university in the United States with a dean of international programs and has been a national academic leader in all things Africa since the 1960s.

Previously, in the fall of 2012, the Mastercard Foundation announced a partnership to ensure that African students whose academic talent and promise exceeded their financial resources, are equipped with the knowledge and skills they need to become the next generation of ethical leaders. As part of the announcement, MSU received $45 million to join the network of partners of the Mastercard Foundation Scholars Program. Since then, MSU has welcomed more than 150 undergraduate and master’s degree students from Africa.