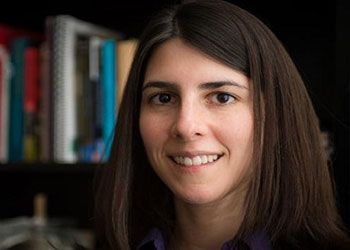 April M. Zeoli, associate professor in Michigan State University’s School of Criminal Justice, was awarded a two-year, $1,357,336 grant by the National Collaborative for Gun Violence Research to investigate the use of extreme risk protection orders—a relatively new legal tool to reduce gun violence risk by temporarily suspending a high-risk individual’s access to guns—and whether they are associated with reduced population-level suicide risk.

Zeoli’s study was selected from among 48 full proposals invited by the Collaborative after receiving 238 letters of interest responding to its proposal request. Her study will examine extreme risk protection order, or ERPO, laws, characteristics of ERPO petitions, factors associated with petitions being granted or denied, and violence outcomes within and across six states representing varying policy and cultural contexts: California, Colorado, Connecticut, Florida, Maryland and Washington.

“We selected these research projects based first and foremost on their scientific rigor,” says Frank M. Clark, chair of the Research Advisory Committee and past chair of the Chicago Board of Education. “That is the only way to generate the evidence necessary for informing policy that both protects the public and preserves the rights of responsible gun owners.”

Using ERPO petitions and orders, Zeoli and her team will identify factors associated with ERPOs being filed and granted. They will also conduct an analysis to determine if ERPOs are associated with reductions in county-level suicide rates.

Zeoli’s study is among more than $10 million in grants announced by the Collaborative for 18 research projects that will produce evidence for improving gun policy in America. The grants build on a recent revival of gun violence research funding. In July 2019, the Collaborative awarded an initial round of $9.8 million to 17 research projects. Then, for the first time in more than 20 years, the federal government committed $25 million to support gun violence research at the end of 2019.

Collaborative Director Andrew Morral noted that during the COVID-19 pandemic, both sales of firearms and deaths from gun violence have increased across the country—underscoring the urgent need for rigorous research that can inform effective gun policy.

“We must answer the question: What works and what doesn’t to reduce gun violence?” Morral says. “Studies like Dr. Zeoli’s fill a critical gap in our understanding of gun violence and how to prevent it.”

Zeoli is a gun violence researcher whose research focuses on gun laws that restrict high-risk individuals from accessing guns and the implementation of those laws. She is a national expert on domestic violence-related gun laws and gun-related domestic violence. She is joined in this research by Shannon Frattaroli at Johns Hopkins Bloomberg School of Public Health and an esteemed team of gun violence researchers.

The Collaborative funds rigorous scientific research with direct relevance to firearm-violence reduction in the United States. It was seeded with a $20 million gift from Arnold Ventures and has been supported by contributions from other organizations, including Wells Fargo, Missouri Foundation for Health, the Conrad N. Hilton Foundation and the Harry Frank Guggenheim Foundation. For more information, go to www.ncgvr.org.

LEARN MORE about supporting the College of Social Science by contacting Senior Director of Development Alex Tripp at actripp@msu.edu or by calling (517) 432-1801.