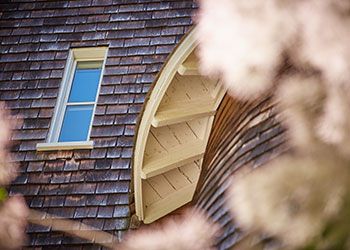 Seven students have been honored with Truman, Mitchell, Beinecke, Goldwater, Marshall and Gates Cambridge scholarships this year, continuing an MSU tradition as one of the leading public universities in the U.S. for the number of nationally and internationally competitive scholarship recipients.

GREGORY MARCHAL was named MSU’s 17th Truman Scholar, which provides up to $30,000 toward graduate school for students committed to careers in public service. MAYSA SITAR is MSU’s fifth Mitchell Scholar, which provides funding for one year of graduate study in Ireland and Northern Ireland. Both Marchal and Sitar were STARR Scholars at MSU, a full ride scholarship opportunity for students from Wyoming and the Upper Peninsula of Michigan, established by an anonymous donor.

Hailing from Green River, Wyoming, Marchal is an Honors College senior majoring in economics in the College of Social Science. He is one of 62 students from 51 U.S. colleges and universities selected as Truman Scholars this year, while Sitar is one of just 12 students selected from 453 applicants for the Mitchell Scholarship. Sitar, who came to MSU from Newberry, Michigan, graduated in 2021 from the Honors College and the College of Social Science. She will study conflict transformation and social justice at Queen’s University in Belfast.

WISDOM HENRY is the fifth from MSU to receive the Beinecke Scholarship, which provides up to $34,000 for graduate studies in the fields of art, humanities or social science. She came to MSU from Glenwood, Illinois, and is an Honors College senior majoring in history and urban and regional planning in the College of Social Science. She is currently pursuing undergraduate research on gerrymandering and the politics of racial exclusion in cities. She was one of only 16 students selected for the Beinecke Scholarship from a pool of 95 nominees across the country.

CHARLES HULTQUIST and ANDREW MCDONALD became MSU’s 48th and 49th Goldwater Scholars, a national award for students pursuing careers in the natural sciences, mathematics or engineering. For the 2021 Goldwater Scholarship competition, 1,256 outstanding undergraduates were nominated by 438 institutions. Hultquist and McDonald were among 410 scholars selected.

Hultquist is an Honors College senior from Aurora, Illinois, majoring in physics and advanced mathematics in the College of Natural Science. He is a research assistant in MSU’s National Superconducting Cyclotron Laboratory and a recipient of MSU’s Alumni Distinguished Scholarship.

McDonald is an Honors College senior from Hudson, Ohio, majoring in computer science in the College of Engineering; and statistics and advanced mathematics in the College of Natural Science. McDonald is a research assistant in the Distributed Cyber Physical Human Systems Research (D-CYPHER) Laboratory. He also is a recipient of MSU’s Alumni Distinguished Scholarship.

BRENT STRONG is MSU’s 20th Marshall Scholar. He is a 2021 graduate from the Honors College and the College of Natural Science. Strong plans to pursue an MSc in statistics at the University of Glasgow for his first year, and an MSc in population health sciences at the University of Edinburgh for his second year. The Marshall Scholarship provides funding for graduate school in the UK. This year 46 Marshall Scholars were selected from 1,180 applicants from 35 institutions. Strong is from Saline, Michigan, and graduated from the Pan American School of Bahia, Salvador, Brazil.

JASMINE JORDAN is MSU’s fifth Gates Cambridge Scholar. Jordan is from Detroit, Michigan, and graduated in 2021 from the Honors College and the College of Social Science. The Gates Cambridge Scholarship provides funding for graduate study at the University of Cambridge. Jordan was one of 24 students selected to be part of the 2021 class. At the University of Cambridge she will pursue an MPhil in criminological research. 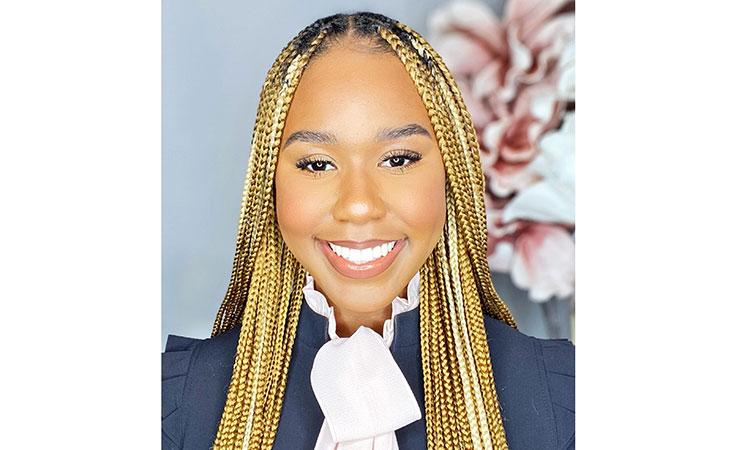 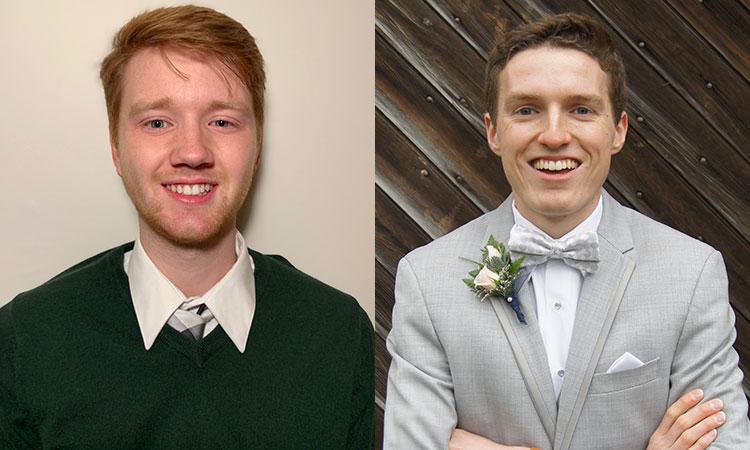 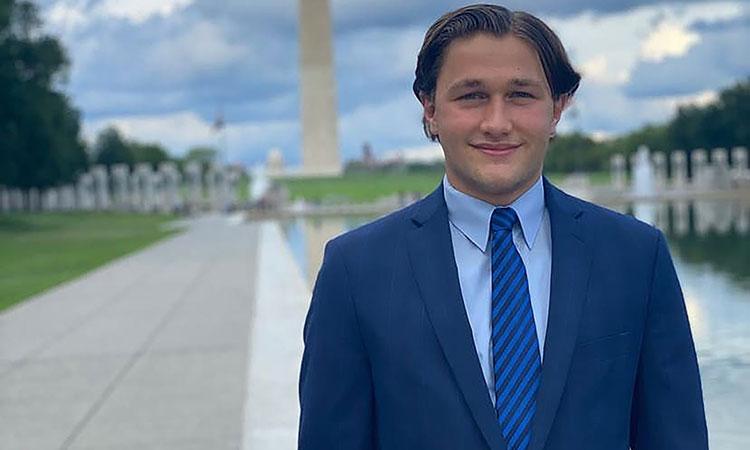 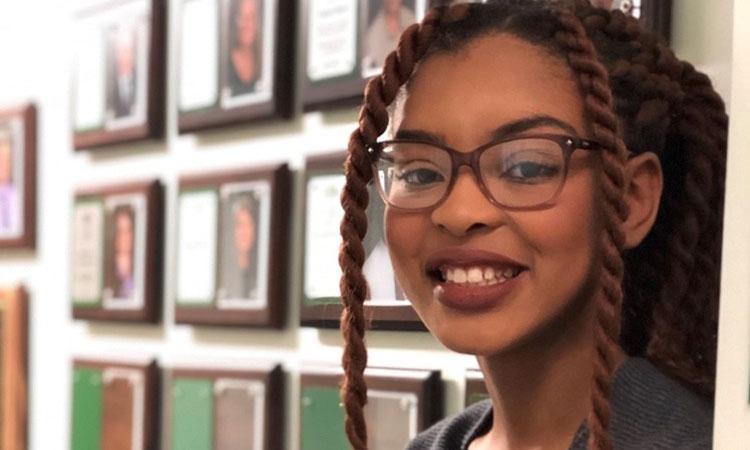 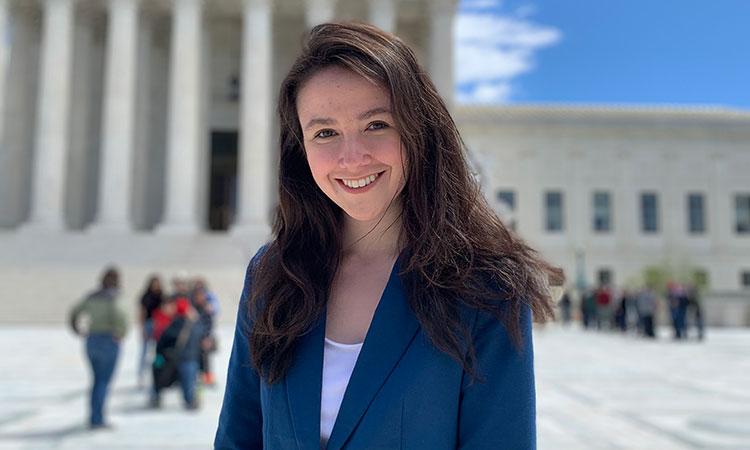 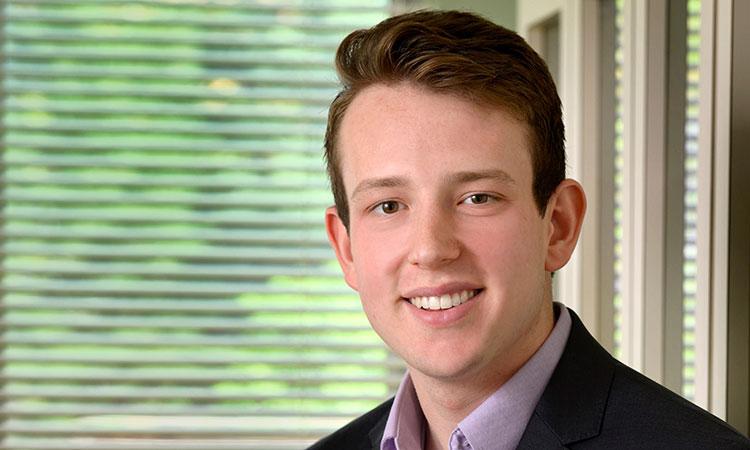 To date, MSU has also produced 16 Churchill Scholars and 20 Rhodes Scholars, internationally competitive programs which support graduate study at the University of Cambridge and the University of Oxford respectively.

The National and International Fellowships and Scholarships (NIFS) Office, administered by the Honors College, helps interested undergraduate and graduate students to pursue major national and international opportunities by providing information and direct support throughout the competitive application processes.

LEARN MORE about how you can support the Honors College by contacting Director of Development Tonya Frisbey at frisbey2@msu.edu or by calling (517) 884-7591.