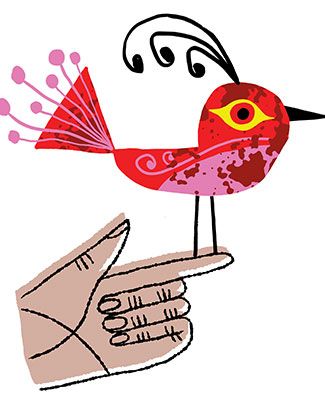 The parable of the Good Samaritan answers the question “Who is my neighbor?” with a story about a traveler who is beaten and left half dead alongside the road. Others hurry by, but the Samaritan stops and significantly helps the man, even though he was a stranger. The crux is about helping strangers in need, significantly.

The idea for the Samaritan Scholarship in MSU’s Resource Center for Persons with Disabilities (RCPD) literally started with the meeting of two strangers. Judy DeLapa was flying home to Michigan after attending a writing conference in Scarsdale, New York. She looked forward to a quiet flight, hoping to delve into several newly acquired books. With nowhere to move on the full-capacity plane, she found herself seated next to a visually impaired woman and her German Shepherd guide dog—the exact breed of dog Judy most feared. As the plane took off, the dog stood up, stretched and lay down with his head on top of Judy’s feet. There was no way she was going to reach across the dog’s enormous mouth to get to her book bag. Instead, Judy settled into an hour-and-half conversation with the dog’s owner, never revealing for a moment how petrified she was.

The woman, who turned out to be a State University of New York professor, shared how when they landed in Detroit she would have only one hour to deplane, use the restroom, find an outdoor spot for Gabe, pick up lunch for the both of them and find the gate for her next flight. Judy recalls thinking ‘I couldn’t do all that in an hour! Even with the advantage of sight.”

“At one point the professor asked me what was going on outside the plane,” Judy says. “And I felt even smaller.”

This chance encounter opened Judy’s eyes and also got her thinking about some creative ways her family’s foundation might be able to help people at her alma mater and people with disabilities at the same time. Both Judy and her husband, Jim, were graduates of MSU and had started a private foundation following their success in business.

“I thought about MSU’s big campus and all the challenges of college and I wondered what in the world it must be like for students with disabilities,” she says. “I made up my mind to help.”

The DeLapas learned about RCPD, which works to create equal access to education for all students and to maximize ability and opportunity for full participation by persons with disabilities throughout MSU. It was the perfect place for the DeLapas’ philanthropic vision. They committed to help four students that year, with a goal of helping up to 25 over five years through an expendable scholarship. That was in 2003. Eighteen years, 100 students and a fully funded endowment later, the DeLapas’ generosity is set to help MSU students in perpetuity.

Judy and Jim have long stopped counting. For them it isn’t about how many they’ve helped, but to what extent. They know that behind each Samaritan Scholarship award is not only one person whose life has been changed but also the lives of countless others who will benefit from their success. Among the past recipients are a computer engineer who is leading the design of new assistive technologies for a major computing company, as well as teachers, health professionals, business leaders and policy wonks. (See some of their stories below.) The former students’ successes perfectly reflect the name of the scholarship and one of Judy and Jim’s deepest wishes: to inspire more good Samaritans. 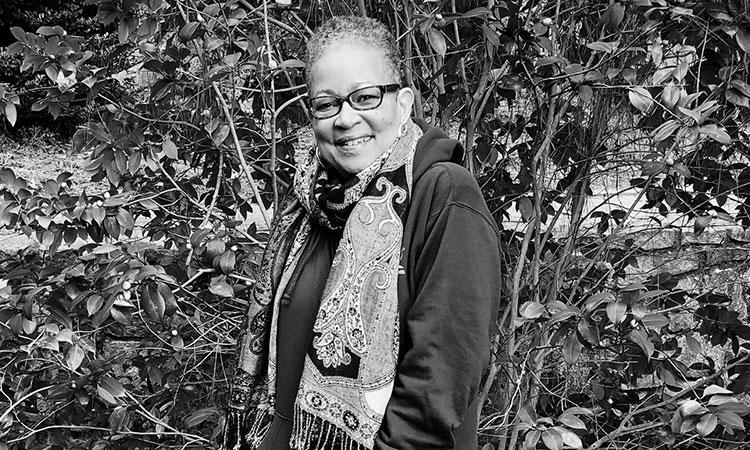 Brenda Flanagan is part of the instructional team in the Detroit Public Schools Community District Deaf and Hard of Hearing Program. She says, "By choosing me to receive this award, you encouraged a middle-aged, Black, deaf woman to pursue her dream of becoming a teacher." 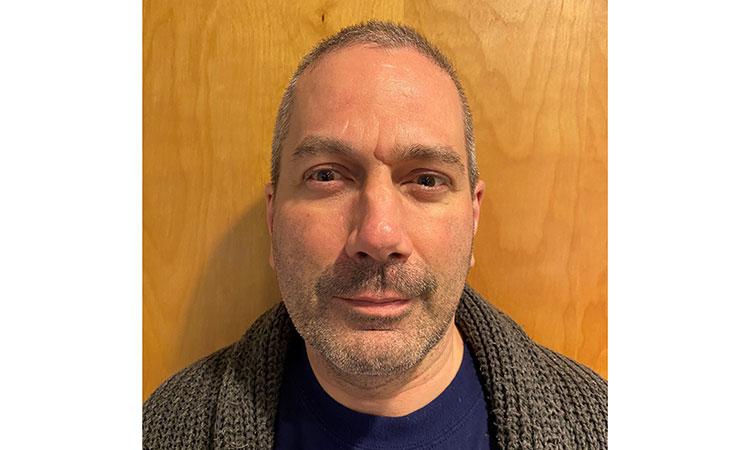 Dan Furton works for the Bureau of Services for Blind Persons, which provides services to Michigan's 200,000 blind and visually impaired citizens. He says, "I was, and still am, humbled by the extreme generosity of Jim and Judy DeLapa." 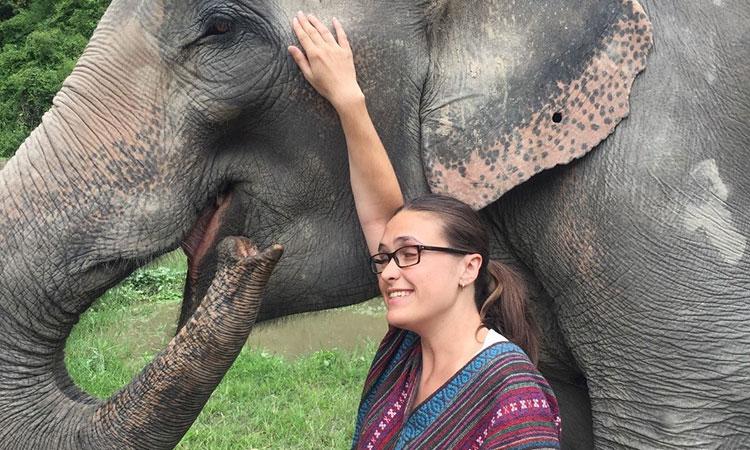 Katie Kelel is an experienced world traveler and has worked as an access consultant for organizations on a global scale. Katie says, "With a donor's support and the student's courage to open new doors, the world becomes their stage. It was that way for me, and it all began with MSU and donors such as the DeLapas." 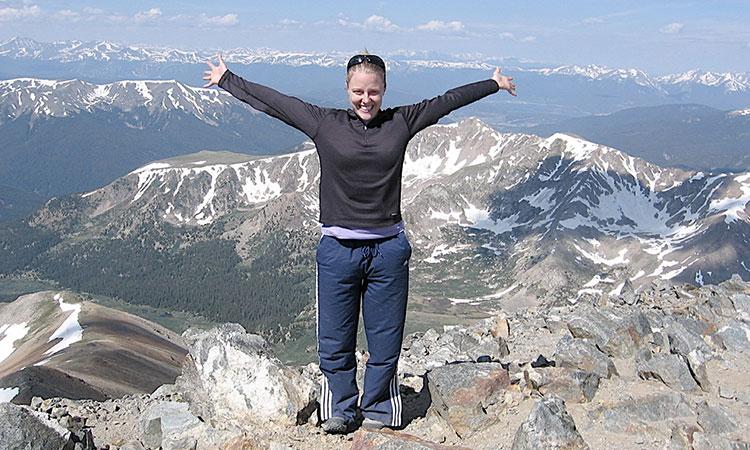 Renee Cherry is the owner of PainFree Body LLC, where she is a rehabilitation technician and exercise postural therapist, working with able-bodied and different-ability individuals and athletes across the globe. Renee says, "I am beyond thankful for the opportunity as a young student who had no money for being chosen for such a gracious scholarship." 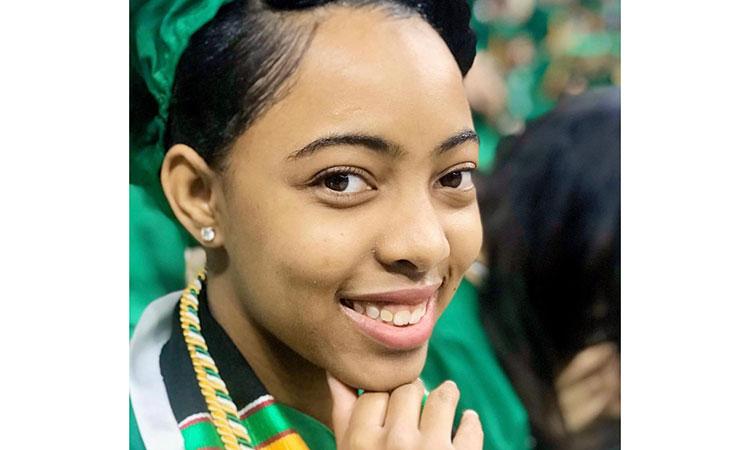 Sheritha Radford is now doing graduate work in global health with a focus on sexual reproductive health issues. Sheritha says, "I just want to express my gratitude toward the Samaritan Scholarship. Because of the funding I received, I was able to participate in an unpaid internship opportunity in CApe Town, South Africa, where I discovered my love for public health and for creating educational programs to empower communities."

Over the years, Judy has often spoken at university events celebrating scholarship recipients. After all, it is another opportunity to inspire Samaritans! She tells them about her own journey as a Spartan. She had been passionate about going to college from a young age, but her family was not on board. A friend connected her with MSU’s football chaplain, which led to a scholarship, without which she likely could not have attended MSU.

“I tell them about how much that scholarship meant and about me and Jim as broke students,” she says. “I want them to know that they can’t judge what they can do by where they are today. You always have to think bigger than your circumstances and beyond yourself.”

LEARN MORE about supporting the Resource Center for Persons with Disabilities by contacting Associate Director of Development Madison Dugan at duganmm@msu.edu, or by calling (517) 353-2116.