The overarching goal of this gift is to inspire future generations of Spartan statesmen in much the same way I was inspired as a young man in Ferndale and at MSU. 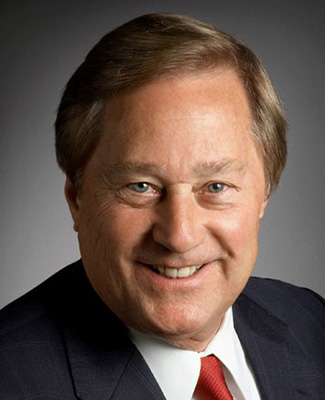 The overarching goal of this gift is to inspire future generations of Spartan statesmen in much the same way I was inspired as a young man in Ferndale and at MSU.

The award, which includes a cash prize, and the lecture series will be administered by the Department of Political Science in the College of Social Science, providing generations of students with the opportunity to interact with and learn from national and international political leaders, diplomats, public servants, journalists and authors. Those selected as recipients of the Spartan Statesmanship Award will be the featured speaker at the annual forum.

“The overarching goal of this gift is to inspire future generations of Spartan statesmen in much the same way I was inspired as a young man in Ferndale and at MSU. So were many of my fellow Spartans,” Blanchard said. “The award and forum will honor those who have distinguished themselves in politics, diplomacy, public service and journalism, and it will give students and the larger community a chance to meet them and be energized by them.”

Born in Detroit, Blanchard earned a bachelor’s degree in social science in 1964 and an MBA in 1965 from MSU, as well as a juris doctorate from the University of Minnesota in 1968. He served four terms in the U.S. House of Representatives in the late 1970s and early 1980s. He was the first MSU graduate to serve as governor of Michigan.

On Jan. 1, 1983, Blanchard took over what was described as the toughest governor’s job in America. Michigan faced a $1.7 billion deficit, the threat of bankruptcy, record high unemployment and the worst credit rating in America. Working with leaders of business, labor, education and local government, he put together a successful strategy for the state’s future. Under his leadership Michigan created 650,000 net new jobs, the Michigan Education Trust and our state’s first Office of the Great Lakes. As his two-term tenure as governor came to a close, Newsweek credited him with leading “one of the most dramatic economic turnabouts in the recent history of state government.”

After serving as U.S. ambassador to Canada from 1993 to 1996, Blanchard joined the global law firm of DLA Piper LLP. His performance as ambassador was recognized by Secretary of State Warren Christopher who presented him with the Foreign Affairs Award for Public Service, making him one of only a handful of ambassadors to receive this prestigious award.

“Jim Blanchard has left an indelible mark in the world of public service,” said Charles Ostrom, chairperson of MSU’s Department of Political Science. “With this very generous gift, the award and corresponding forum will provide our department the great opportunity to impact future generations of public service leaders, and at the same time it continues and enhances Governor Blanchard’s own legacy. We are thrilled and eager to get started.”

For more information on making a gift to the College of Social Science, contact Director of Development Alex Tripp at actripp@msu.edu or call (517) 432-1801.