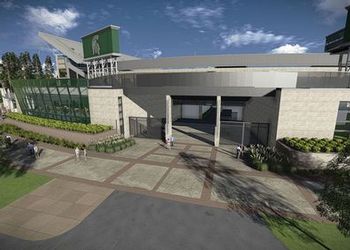 “The primary reason I made the financial commitment is because there’s a real need for the new facility,” Adams says. “The reality is that the locker room has changed very little over the last 30 years, so it’s time for a major makeover.”

Before she passed away in 1996, Rachel Adams would wait for her son in the tunnel outside the Spartan locker room to greet him after home games. She was proud of Flozell’s athletic accomplishments as well as his academic success. Adams recently launched The Fairman-Adams Project, a not-for-profit organization whose mission is to aid those diagnosed with breast cancer. Adams lost his mother to breast cancer.

“My mother was my rock. I could talk to her about anything and everything. We spoke on Fridays before every game, and I looked forward to her hugs after every home game. This donation and naming opportunity is the appropriate way to thank her and pay tribute to her. She was certainly a difference-maker in my life, and she loved Spartan football Saturdays.”

A four-year letterman and three-year starter while at Michigan State, Adams earned Walter Camp First-Team All-America and Big Ten Offensive Lineman of the Year honors as a senior in 1997.

“Flozell Adams is a big man with a big heart, and this generous gift shows how his leadership continues to make itself felt even after he’s left the playing field,” MSU President Lou Anna K. Simon says. “Private support is critical to maintaining Michigan State’s excellence across the campus, and this is a great example of how Spartans make a difference in everything they do.”

Adams spent 13 years in the NFL, 12 seasons in Dallas. In 2009, he was ranked among the Cowboys’ top 50 all-time players (No. 43). He played for the Pittsburgh Steelers in 2010 and started in Super Bowl XLV against Green Bay.

“His achievements at the NFL level and in business have made him one of the most successful student-athletes in the history of Michigan State. His gift will have a tremendous and lasting impact on our football program,” MSU Athletics Director Mark Hollis says.

Fundraising for the North End Zone Expansion Project continues and naming opportunities still exist in this important next step for Spartan Stadium.