“MSU and its intercollegiate athletics program have been important to our family, and we believe in the power of the student-athlete experience.” 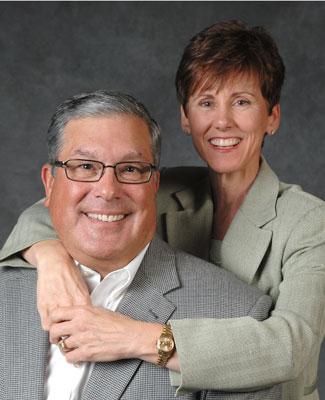 “MSU and its intercollegiate athletics program have been important to our family, and we believe in the power of the student-athlete experience.”

With the largest single gift ever received by Michigan State University athletics, a family with deep ties to MSU will be making an extraordinary impact on campus.

“Donor support of Michigan State is positioning us to compete at the highest levels and to empower all students to receive a world-class education,” said MSU President Lou Anna K. Simon. “This gift reflects the Skandalaris’ understanding of how athletics can enrich and expand a Michigan State education. We are grateful to Bob and Julie for leading the way for others to invest in building a brighter future for all those who live, learn and benefit from MSU’s programs.”

On Monday, MSU announced that Bob Skandalaris, who has served as a co-chair of President Simon’s Campaign Cabinet during the quiet period of the current capital campaign, will continue in this role after the public campaign launch.

The launch of the public phase of MSU’s fundraising campaign, which has been in its silent phase for the last three years, is set for 5 p.m. Friday at the Wharton Center for Performing Arts. The campaign’s goals, which will benefit all of MSU’s colleges, units and programs, will be announced after being approved by the MSU Board of Trustees at its 9:30 a.m. meeting earlier that day.

“MSU and its intercollegiate athletics program have been important to our family, and we believe in the power of the student-athlete experience,” said Bob Skandalaris. “We desire to provide our student-athletes with a championship-level experience while they work toward their degree.”

He said a strong MSU is important to the overall health and economy of the state of Michigan.

“Developing the minds and character of the next generation of leaders – in athletics, the arts, business, education, agriculture, sciences, law, medicine and many other areas – is one of the most essential and rewarding contributions we can make to society,” he said.

The gift will play a major role in a comprehensive athletics facilities campaign, vital to MSU’s continued success in the Big Ten and nationally. Part of the gift, $3 million, will be used to renovate and make improvements to the training and locker rooms in the Skandalaris Football Center, named in honor of Bob and Julie after their lead gift helped construct the facility in 2008.

An additional $4 million has been designated for capital improvements in support of the basketball program as the Breslin Center is renovated. Planning for that project is currently underway.

The remaining $3 million will support construction of a new MSU golf facility.

At the request of the couple, the naming opportunities for the golf and updated football facilities remain open in their hope to honor and motivate other donors.

“This gift from Bob and Julie is an extraordinary example of an investment in the future of Spartan athletics,” said MSU Athletics Director Mark Hollis. “Private support creates opportunities for our nearly 800 student-athletes to compete for championships, but also to leave MSU as leaders in the classroom and community.”

Bob Skandalaris, a 1974 graduate of the MSU Broad College of Business, has founded and served as CEO of several private and public companies, including the world’s largest supplier of laser-weld blanks, with 3,500 employees in 15 countries. He also established Quantum Ventures of Michigan, a family office that specializes in the acquisition and development of middle-market firms.

Julie Skandalaris has had a distinguished career as a volunteer with Duke University and Washington University in St. Louis. She has also been actively involved in the family foundation, which has issued almost 2,000 college scholarships. Their son, Andrew, was a swimming student-athlete at MSU from 2009-2011.

Every dollar donated to MSU’s colleges, units and programs counts toward the current universitywide campaign.