Putting a name on the Hall of History

"The Tom Izzo Hall of History will become a great gathering place on our campus where, together, we can celebrate the excellence of Spartan basketball and MSU Athletics." 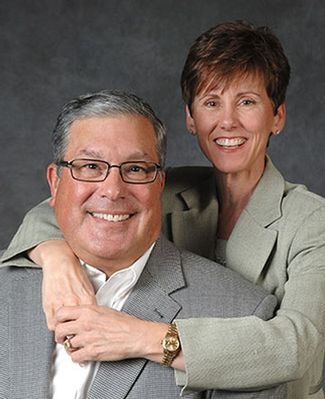 Putting a name on the Hall of History

"The Tom Izzo Hall of History will become a great gathering place on our campus where, together, we can celebrate the excellence of Spartan basketball and MSU Athletics."

In honor of the winningest coach in Spartan basketball history, Michigan State University Athletics will name a portion of the on-going renovations at the Jack Breslin Student Events Center in recognition of men’s basketball coach Tom Izzo, pending Board of Trustee approval.

The Tom Izzo Hall of History is expected to be completed in the fall of 2017.

The $20 million addition, funded through private support, will be a multi-faceted construction project and, upon completion, will feature a new ticket box office, a championship display, the Draymond Green Strength and Conditioning Center, a recruiting lounge, alumni locker room and interactive areas.

Open on non-game days throughout the year, the Tom Izzo Hall of History will celebrate the extraordinary success of Spartan basketball throughout all eras.

Naming of the hall was made possible by Bob and Julie Skandalaris, who wanted to permanently recognize Izzo as part of their $10 million gift made in 2014. The gift, still the largest single gift ever received by MSU Athletics, provided facility support across football, golf and basketball programs.

“We believe in the student-athlete experience, not just on the court, but off the court,” said Bob Skandalaris, co-chair of Empower Extraordinary, the capital campaign for Michigan State, and 1974 graduate of the Broad College of Business. “Coaches play such an integral role in the mentorship of students and developing tomorrow’s leaders. We believe it’s appropriate that we honor Coach Izzo in this manner, to recognize the hundreds of lives he’s personally impacted through his guidance, and molding his teams into champions.”

Earlier this month, Izzo was inducted into the Naismith Memorial Basketball Hall of Fame, celebrating a career that includes 524 victories, seven Big Ten regular-season championships, five Big Ten Tournament titles, a Big Ten-record 19-straight NCAA Tournament appearances, seven trips to the Final Four, and the 2000 NCAA Championship. A native of Iron Mountain, Michigan, Izzo has been a fixture with Michigan State and will enter his 34th season with the men’s basketball program in 2016-17, including his 22nd campaign as head coach.

“Tom Izzo exemplifies what we mean when we say ‘Spartans Will’ with his dedication, skill and ability to regularly accomplish the extraordinary,” MSU President Lou Anna K. Simon said. “Tom is a truly special ambassador for Team MSU and has magnificently represented the university. We are grateful for Bob and Julie Skandalaris’s leadership and generosity in helping us to honor him.”

In 2011, Izzo and his wife, Lupe, made a campaign gift of $1 million in support of Empower Extraordinary by way of a scholarship endowment and to name the Tom and Lupe Izzo Media Center as part of the North End Zone Expansion.  Fundraising efforts continue, led by the Spartan Fund for MSU Athletics’ $262 million campaign goal. To date, the Spartan Fund has raised a total of $225 million towards its campaign goal.

“As a basketball coach, MSU is blessed to have the best leader of young men,” said Director of Athletics Mark Hollis. “He pushes every student to strive for their highest level of performance academically and on the court. More importantly, Tom cares about this campus, our state and the issues that impact us all. He leads every day in ways that most people are unable to see.

“The Tom Izzo Hall of History will become a great gathering place on our campus where together we can celebrate the excellence of Spartan basketball and MSU Athletics.”

Naming opportunities within the Breslin Center renovation still exist. Building championship-level facilities, increasing its endowment and elevating annual gifts are the priorities for MSU Athletics within the campaign. All gifts made through the Spartan Fund during the campaign count toward the goal to support MSU Athletics and its mission to “teach, support and celebrate (MSU) student-athletes in their quest for excellence.”

For more information on making a gift to MSU Athletics and the Empower Extraordinary campaign, please visit Spartan Fund.