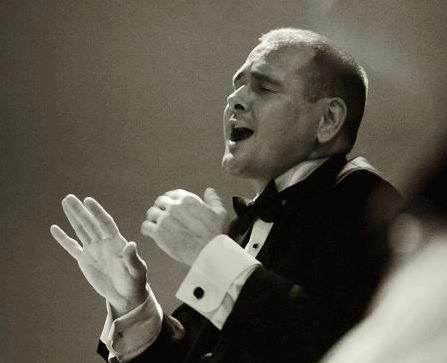 A native Michigander, Jay Duane Meetze was born on August 2, 1973, in Flint, MI. Meetze began his musical education at Mott Community College, transferring to Michigan State University, where he earned his Bachelor of Music in Music Education in 1995. Upon graduation, he taught general music for the Chicago Unified School District and went on to receive his Master of Music in Orchestral Conducting under Gerhard Samuel from the University of Cincinnati’s College-Conservatory of Music in 1998.

Mr. Meetze was the Founder, Artistic and Music Director of the Opera Company of Brooklyn (OCB), which he established in 2000. Known for enhancing the careers of countless singers, conductors, and pianists, the Opera Company of Brooklyn’s artists included Russell Thomas, Jennifer Rowley, Hope Briggs, Marnie Breckenridge, Janinah Burnett, Andrew Gangestad, Kenneth Overton, Eric Margiore, Steven Jarvi and John Zuckerman – to name but a few, all who have gone onto thriving national and international opera careers.

A Spartan, through and through, Meetze believed the high level of educational opportunities and the nurturing environment he experienced at MSU were true gifts in his life, as were the friendships that continued for the rest of his life. In honoring his memory, his friends and colleagues have begun the process of establishing the Jay D. Meetze Opera Fund, benefitting MSU’s Opera Program.