An Evolutionary Leap for Computer Engineering 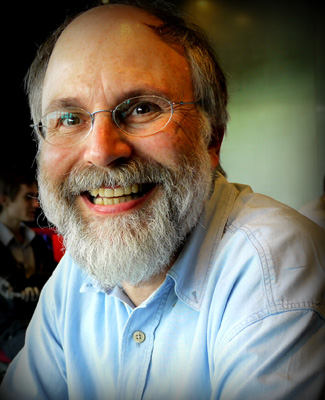 An Evolutionary Leap for Computer Engineering

One of the central challenges of computer science is to get computers to do what needs to be done, without a human being telling them how to do it. In essence, computers writing the programs needed as they are needed.

Genetic programming has emerged as a promising discipline that leads to such breakthroughs and Michigan State has hired the first endowed chair in genetic programming in the United States thanks to a gift from a pioneer in the field.

Wolfgang Banzhaf will become the first endowed chair in genetic programming in the United States when he joins MSU's College of Engineering. Banzhaf, who literally helped write the book on genetic programming, will be the first to hold the John R. Koza Endowed Chair in Genetic Programming. Banzhaf joins about 20 other faculty members in MSU’s BEACON Center for the Study of Evolution in Action doing research in evolutionary computation, making MSU one of the best places for such research in the country. Koza was co-founder of Scientific Games, Inc., and served as chairman and CEO from 1973 until 1987.  He is currently a partner with Third Millennium Venture Capital Limited.

In Genetic Programming: An Introduction, a primer that Banzhaf co-authored, genetic programming is described as the combination of biological metaphors gleaned from Darwin's theory of evolution with computer-science approaches drawn from the field of machine learning with a goal of creating programs that are capable of adapting or recreating themselves to complete tasks. Ultimately, genetic programming is providing the means for fast, productive software development.

“Dr. Banzhaf is among the most renowned computer scientists in the world studying genetic programming,” says Erik Goodman, director of BEACON. “We are quite pleased he accepted the position, and are fortunate to be able to fund the position because of a generous gift from John Koza.”

“Koza made the donation to BEACON, where many researchers develop computational tools inspired by natural evolution to generate solutions to real-world engineering problems,” Goodman adds, noting that BEACON's focus on teaching, research and practice in evolutionary computation helped attract Banzhaf to MSU. BEACON began in 2010, when MSU was awarded one of five, highly coveted National Science Foundation (NSF) Science and Technology Center grants. The $25 million in funding enabled MSU to establish a center to bring scientists from across the nation to study evolution in both natural and virtual settings. BEACON recently landed a new NSF grant for $22.5 million to continue its groundbreaking evolution research.

“We are tremendously grateful for the vision and investment of John Koza, which demonstrates a commitment to the great work that’s being done at MSU in genetic programming and evolutionary computation,” said MSU President Lou Anna K. Simon. “The Koza endowment and endowed chair position empowers us to expand and enhance that work in ways that will pay dividends for years to come.”

Banzhaf is the sole author of Linear Genetic Programming which provided a new basis to view genetic programming, extending the original work of Koza to new domains.

In addition, Banzhaf served as the founding editor of the journal Genetic Programming and Evolvable Machines. He currently chairs the Association for Computing Machinery’s Special Interest Group on Genetic and Evolutionary Computation.

At MSU, Banzhaf’s primary appointment will be in the Department of Computer Science and Engineering, and through BEACON he will be interacting with many other researchers from many disciplines.

MSU is seeking to establish 100 new endowed chair positions in order to retain and attract great thinkers through the Empower Extraordinary campaign, a $1.5 billion capital campaign publicly launched in the Fall of 2014.