Giving voice to the voiceless

Gifts to the Empower Extraordinary campaign have funded scholarships that provide students with resources to pursue unique learning experiences. 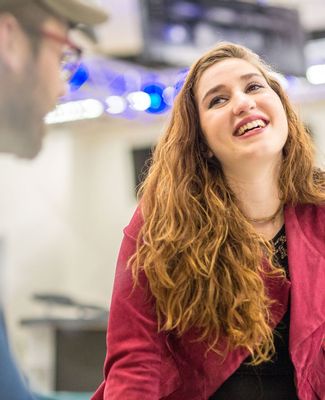 Giving voice to the voiceless

Gifts to the Empower Extraordinary campaign have funded scholarships that provide students with resources to pursue unique learning experiences.

Thanks, in part, to the Glenn and Thelma Buell Scholarship,  film student Elise Conklin (’17) traveled to India with MSU’s Beyond Bollywood Study Abroad, and she learned an essential lesson about story- telling from the everyday women she met there.

“One of the things they said that really stuck with me was to find stories that no one else told,” she says, “giving voice to people who don’t have a voice.”

Back on campus, she put that lesson to work, becoming one of Michigan State’s first-ever students to win a Student Academy Award for the 2016 documentary, From Flint: Voices of a Poisoned City.

Elise served as director of the film, created with four other passionate students through their capstone documentary class and Media Sandbox.

The film features the stories of Eugene Davis, Melissa Mays, and Julie Durbin, all Flint residents deeply affected by the water crisis, and others like poet Alexis Harvey and activist LeeAnne Walters.

The students flew to Hollywood to attend the awards ceremony, where Elise accepted the award on the group’s behalf. She had a lot of people to thank but stayed true to her inspiration.

“Most importantly, I want to thank the citizens of Flint for trusting us with their story,” she says.