A Present that Drives the Future 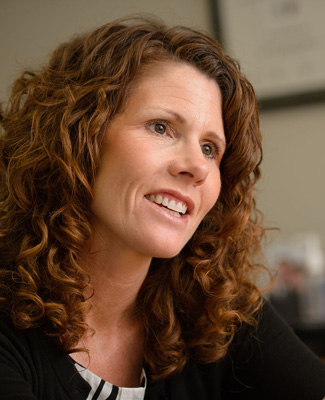 A Present that Drives the Future

When MSU-based biophysicist Barnett Rosenberg and his team of researchers made the observations that led to the development of cisplatin and carboplatin as anti-cancer drugs in the 1970’s, they couldn’t have had any idea that the fruits of their success would still be making an impact nearly half a century later.

In addition to the lives that are being saved, the impact of Rosenberg’s anti-cancer discoveries can be measured in another way: royalty income.

Because these discoveries were made at a research university, more than $300 million in patent royalty income from the sales of cisplatin and carboplatin has gone straight into MSU Foundation, permitting reinvestment to support MSU’s research enterprise in a big way.

Income from the foundation has funded endowed chair positions at MSU, including the Rosenberg Chair in Neuroscience, held by Marc Breedlove, and the Rosenberg Professorship in Plant Biology, held by Robert L. Last.

Moreover, the bulk of the foundation’s income, built up by decades of work by MSU faculty and other investment, provides grants to initiate and expand promising research projects across the university.

This past year, support from the MSU Foundation enabled the university to designate six outstanding faculty researchers as MSU Foundation Professors. Many of them will receive five years of supplemental research funding. The recently named professors are:

• Christoph Benning, biochemistry and molecular biology, one of the world’s foremost experts in plant lipid metabolism, his work could ultimately lead to plant varieties tailored specifically for biofuel production

• Robin Buell, plant biology, an expert in the genomic aspects of plant biology and plant pathogens, she uses genomic data to speed the development and breeding of more productive, healthy, drought-tolerant and disease-resistant food and bioenergy crops

• Andrew Christlieb, mathematics, uses advanced mathematical and computational methods to solve problems in physics and engineering; he and MSU collaborators are currently working to establish a Plasma Assisted Combustion program in which plasma energy is used to enhance the burning of fuels

• Dean DellaPenna, biochemistry and molecular biology, one of MSU’s most visible ambassadors to the international plant science community and to governmental and nongovernmental agencies on the importance of basic plant research for increasing the productivity and nutritional value of plants for human health, he studies medicinal plant genomics and plant metabolism and micronutrients

• Thomas Jayne, agriculture economics, a leading expert on farm productivity and land use in Africa, he is positively influencing polices and programs to build a sustainable research capacity in Africa

• Kelly Klump, psychology, an internationally recognized clinical psychologist focused on finding the causes of eating disorders, she has pioneered the research study of hormones acting upon genes in women predisposed to eating disorder behaviors

The named professorships are part of an initiative to attract and retain highly successful faculty members. These foundation professorships serve as a short term bridge, as MSU seeks to provide permanently funded endowed professorships. One of the top goals of MSU’s Empower Extraordinary campaign is to double MSU’s number of endowed chair positions from 100 to 200.

Professorships and endowed chair positions are an essential component to build strength in the next set of research frontiers. Establishing these positions also is in lock step with increasing private, unrestricted funding for research support.

“Outstanding faculty members are the main drivers behind what happens on campus,” says Hsu. “They run large laboratories and research groups, and mentor students. Through hard work and with our financial support, their ideas become the important discoveries that make the future better than today.”

Like Barnett Rosenberg, they also leave an imprint for the ages.