Her Monthly Giving Added Up to Never-Ending Support

Longtime MSU staffer started small, but small gifts have a way of building. 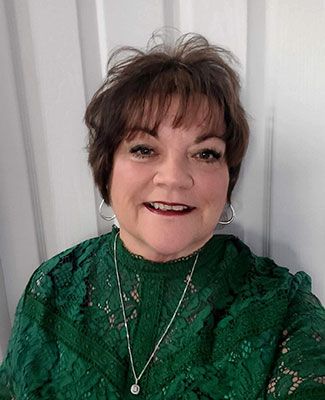 Her Monthly Giving Added Up to Never-Ending Support

Longtime MSU staffer started small, but small gifts have a way of building.

Kim Camp, alumni coordinator for the College of Osteopathic Medicine, was a single mom with four kids when she made her first gift to MSU: a $5 monthly pledge through payroll deduct. She couldn’t have known then just how much making regular gifts back to MSU would come to mean to her and her family decades later.

Kim started at MSU as a part-time employee at the MSU Clinical Center in 1987. After a few years, she was recruited by the College of Osteopathic Medicine’s longtime executive, Sandy Kilbourn, to work full-time in the college’s continuing medical education unit. Sandy retired in 2019.

“Sandy was my boss for 31 years and I loved her,” Kim recalls. “She believed in me when I didn’t believe in me.”

Sandy’s influence helped Kim see that anyone can afford to give something small, and that small gifts add up. “Small gifts are as important as big gifts,” says Kim.

“It became a habit to get creative so I could give a little something every month.”

Kim was proud to be part of training caring primary care physicians, but the importance of her work as well as having a workplace that supported its employees really hit home after her oldest daughter was diagnosed with a chronic illness.

“I was allowed to care for her in ways that many employers wouldn’t allow,” she recalls. “And I saw firsthand just how much the osteopathic medical profession is needed.”

When Sandy, her spouse and father created the Kilbourn-DeStefano Endowed Scholarship to benefit osteopathic medicine students, it presented the ideal opportunity for Kim to step up her giving to support a cause and people she cares greatly about. She made a President’s Club pledge to the fund in 2008.

Her generosity has helped grow the endowment to nearly $50,000, which allows a substantial scholarship—that will grow over time—to go to an osteopathic medical student each year.

Kim celebrates her 34th anniversary as an MSU employee come January and she says giving back is one of the many ways she has “grown up” at MSU.

“I was an Okey from Pin-O-Key when I started,” Kim says. “When I retire, I will walk out as a professional woman. I’ve always loved being a part of MSU and I never felt like I was just going ‘to work.’ I wouldn’t be who I am without MSU.”

Read more about the impact of faculty, staff and retiring giving at Our Impact.

LEARN MORE about supporting students in the College of Osteopathic Medicine by contacting Director of Development Chris Surian at surianc@msu.edu or by calling 517-355-8355.