“Some are motivated by financial success; others by social successes or giving back in different ways. My only comment is whatever your path in life is, you should do it aggressively and make the most out of it.” 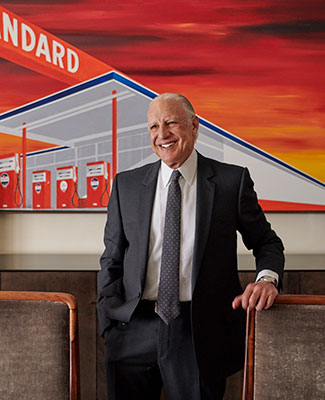 “Some are motivated by financial success; others by social successes or giving back in different ways. My only comment is whatever your path in life is, you should do it aggressively and make the most out of it.”

In September, Michigan State announced that Edward J. Minskoff, alumnus and real estate developer, made a $30 million gift toward the Business Pavilion at the Eli Broad College of Business.

His gift is the largest single gift from an individual in MSU’s history, and the MSU Board of Trustees voted to name the Edward J. Minskoff Business Pavilion in his honor.

“Michigan State is an important university and important to my past. It gave me a strong foundation, so I am privileged to be making a contribution that will help Michigan State continue to attract and prepare future business leaders,” Minskoff says.

Eli Broad, for whom the college is named, launched the project in 2014 with a $25 million challenge grant, with $10 million targeted for the Pavilion.

“Edward’s dedication to Michigan State is incredible,” Broad says. “With this gift and under Dean (Sanjay) Gupta’s leadership, we hope the Broad College of Business will continue to expand educational opportunities for students from Michigan and around the world.”

Minskoff, who graduated from MSU in 1963 with a degree in economics, has offered his time and treasure to MSU for more than five decades. Notably, he lent his development acumen and technical expertise at a critical juncture in the plans for the Eli and Edythe Broad Art Museum, which otherwise could not have been completed on time, within budget, or as ambitiously.

The museum includes the Julie and Edward J. Minskoff Gallery. He and his wife, Julie, are noted contemporary art collectors, and he serves on the museum’s international board. The couple also supported and named the largest laboratory in MSU’s Biomedical and Physical Sciences Building.

“Edward J. Minskoff has been a generous and longtime donor to Michigan State and continues to make a tremendous impact on the university. His philanthropy has woven his legacy permanently into the fabric of our community and transformed the learning environment for our students,” says Interim President John Engler. “This gift demonstrates Edward’s confidence in Michigan State and signals a bright future for MSU and our students.”

Building bright futures is nothing new for Minskoff. During his career, he has developed more than 40 million square feet of residential and office space in 10 major cities, including New York City. He is the founder of Edward J. Minskoff Equities Inc. (EJME), which owns, develops, and manages high-end office and residential properties and other real estate in urban centers.

His properties are renowned for their quality, style, and architectural elegance. He has often proved skeptics wrong, becoming a bellwether for constructing landmark buildings in places on the cusp of explosive growth.

As a youth growing up living on both the East and West coasts, attending Michigan State University seemed an unlikely outcome for Minskoff. Having attended a preparatory school near Princeton University, he fully expected to go there, and, as he finished up his senior year of high school, he’d already been accepted. But his mother, who was living in Detroit at the time, called him and requested he consider going to either the University of Michigan or Michigan State.

A significant draw, he says, was the iconic Dr. Walter Adams, MSU’s distinguished economics professor and university president, who died in 1998.

“I never missed one second of any of his lectures,” Minskoff says.

Whatever may have factored into his coming to Michigan State, he remains glad he did.

After graduation, he returned to the West Coast and completed an MBA at the University of California, Los Angeles. Afterward he set out for New York City with little more than a two-year-old Chevy and $2,000 to his name.

He landed at Olympia & York, where he rose to become its chief executive officer and principal, and arranged what remains the largest private real estate acquisition in U.S. history—acquiring eight office buildings in Manhattan with 11 million square feet of space. He left the company to found EJME in 1987.

He considers it a privilege to name the Business Pavilion.

“I am quite pleased and honored,” he says. “It will be there for my great-grandchildren to see, and that is important to me. Especially since Michigan State gave so much to me, as a foundation for moving forward in life.”

What advice does he have for the current and future Spartans who may be inspired by his example?

“Every student is motivated differently,” he says. “Some are motivated by financial success; others by social successes or giving back in different ways. My only comment is whatever your path in life is, you should do it aggressively and make the most out of it.” 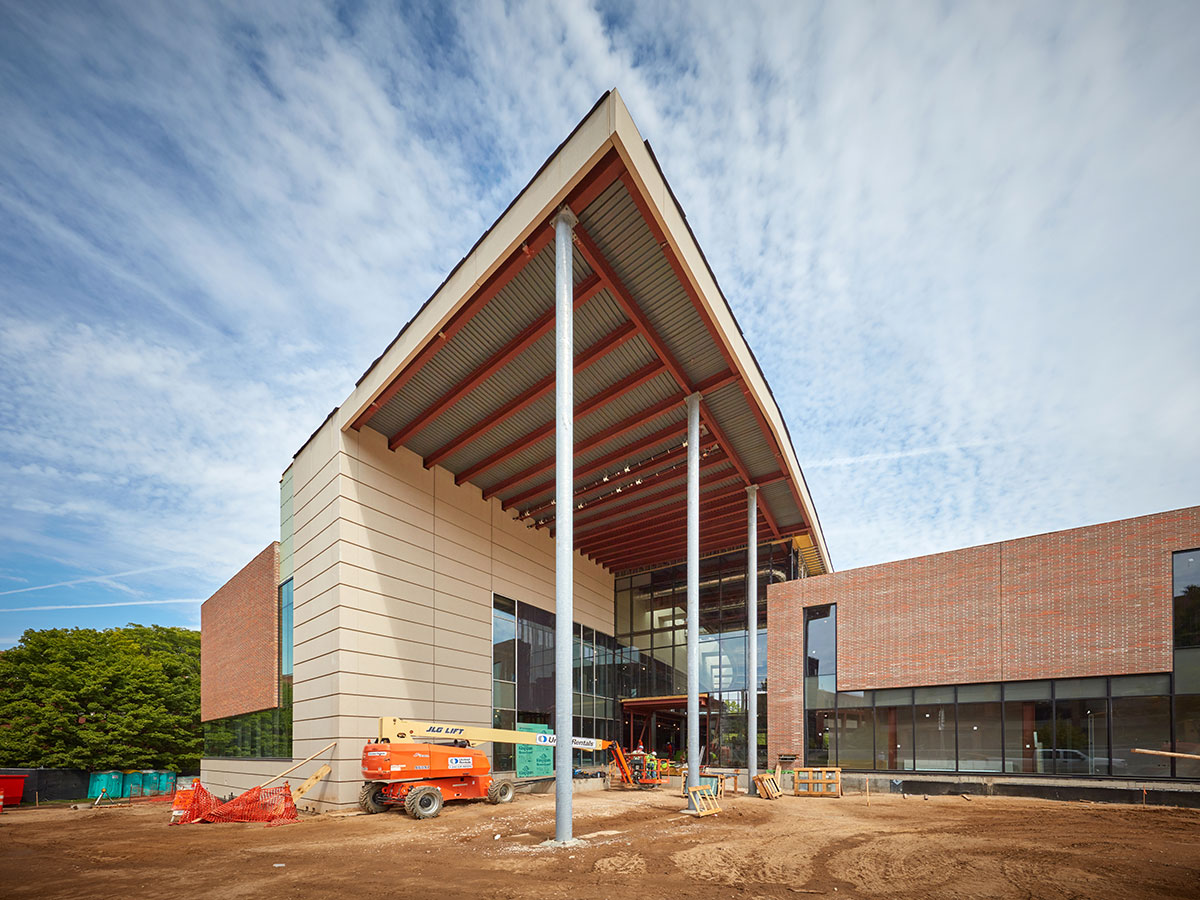 The 100,000-square-foot pavilion, under construction since the summer of 2017, will welcome its first students in the fall of 2019. It will feature a glass-walled atrium that affords panoramic views of the Red Cedar River and an expanded career center to serve students, recruiters, and corporate partners. Many of the spaces reflect corporate innovation, are on the cutting-edge of higher education technology, and are designed to foster collaboration and immersive learning.
With a total projected cost of $62 million, the Business Pavilion is one of the highest priorities of the Empower Extraordinary campaign. To date, more than 1,555 individuals, corporations, and foundations have contributed to the project. Attractive naming opportunities within the building remain and additional gifts will be accepted through the end of the campaign, which concludes on December 31, 2018.

Learn more about supporting the Business Pavilion by contacting Senior Director of Development Vivian Leung at leungv@msu.edu or calling (517) 355-8504.