The Transformative Potential of Literature 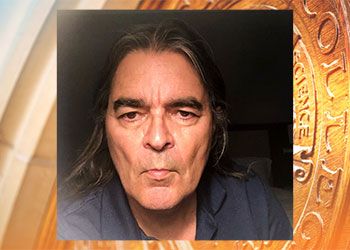 Gordon Henry, professor of 20th century and contemporary literature, creative writing, and Native American literature in the Department of English, has been appointed as the inaugural Audrey and John Leslie Endowed Chair in North American Indian and Indigenous Literary Studies—a position whose purpose is to promote the transformative potential of literature.

An enrolled citizen/member of the White Earth Anishinaabe Nation, Henry has dedicated his writing, scholarship and life to indigenous tribal communities. He is an internationally recognized writer, whose poetry, fiction and essays have been and continue to be taught in American Indian literature courses throughout the United States, and published in collections and journals around the world.

“Most everything associated with the Audrey and John Leslie Endowed Chair in North American Indian and Indigenous Literary Studies position speaks to the work I’ve done in the past and the work I hope to do in the future,” Henry says. “I also wanted to take this position as a way of foregrounding its future. I hope to set a precedent by having the position filled by a tribally connected writer, scholar and community-centered tribal citizen.

“I will work to celebrate the art and work of American Indian writers, scholars and community members through programming initiatives and through Leslie-supported events on campus and off campus in tribal communities. The resources afforded by the Audrey and John Leslie Endowed Chair in North American Indian and Indigenous Literary Studies will support my efforts in enhanced awareness of contemporary native people and to celebrate the culturally important work of American Indian people. I also hope the position will support my efforts to be a helper to students, community members and faculty.”

LEARN MORE about supporting the College of Arts & Letters by contacting Senior Director of Development Christine Radtke at radtkech@msu.edu or by calling (517) 432-6693.