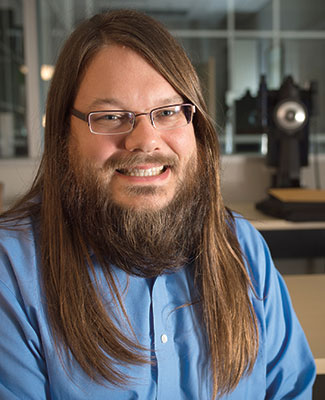 The David and Lucile Packard Foundation Fellowship is the gold standard for early-career scientists. It was established in 1988 to provide early career scientists with flexible funding and the freedom to take risks and explore new frontiers in their field. This year, one of the recipients is right here at MSU.

Jay Strader, an assistant professor in the Department of Physics and Astronomy, will receive a grant of $875,000 over the next five years to further his research in black holes—which takes “exploring new frontiers” to a whole new level.

His work involves discovery and observation of black holes in the dense stellar environments of globular clusters, which sheds light on the way black holes form during the death of massive stars, and helps guide tests of Einstein’s theory of general relativity.

“I am humbled to have been selected and am honored to represent MSU as a Packard Fellow,” Strader says.