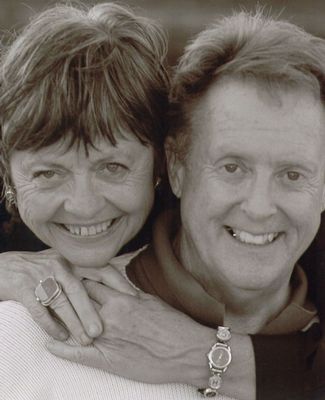 A highlight of the MSU Homecoming weekend was the dedication and opening of the Three Mothers Patio by the College of Communication Arts & Sciences.

The patio is a gift to the college from Richard Bush (’70, Packaging) and Patricia McGuigan.Bush envisioned the patio as a way to honor three mothers, scholars, and Spartans in his life: his adopted mother Ruth Cady Bush, his birth mother Phyllis Spring Pertullo, and the mother of his lifelong friend Bob Snyder, June Bercin Snyder.

Equipped with wireless technology, weather-resistant furniture, and beautiful landscaping, the patio is located outside the Communication Arts & Sciences Building along Wilson Road. Of special note is the central sculpture designed by artist Christoph Spath entitled Global Balance. This space is designed for the MSU community as an inspiration zone, a restful study area, and as a place for new connections between friends.

Bush and McGuigan received the college’s 2009 Honorary Alumni Award. They have established the Organ Donations Communication Initiative, enabling important research in the organ donation community. In spring 2008 and 2009, Bush partnered with the Department of Telecommunication, Information Studies, and Media to offer a special topics course on how to start a new business, “The Art of the Start.”

Bush and McGuigan reside in California.

Bob Snyder and his wife Sally also contributed to the patio. Both families, including their children and grandchildren, attended the dedication