With 550 students working towards music degrees and more than 2,000 additional students participating in ensembles and classes, the college has outgrown current spaces for rehearsing, practicing, and learning. 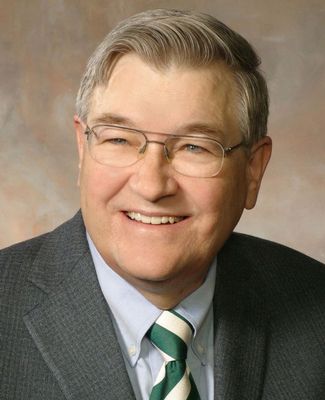 The Michigan State University Board of Trustees today approved a plan to significantly expand and renovate facilities for the College of Music, thanks to more than $7 million in initial gift commitments from several donors.

MSU alumnus James Billman Jr. set the project in motion with a lead gift designated for an expansion to the original 1939 Music Building and to refurbish key areas. Other major support was provided by alumni Byron and Dolores Cook and the late Ruth Charles.

“A new building will provide additional performance, rehearsal and practice spaces that honor audiences and musicians alike with state-of-the-art facilities,” said Billman, who graduated from the College of Natural Science in 1969. “Spartan musicians regularly thrill audiences with their professional performances, and their performance venues, classrooms and practice areas should reflect that.”

Improving music facilities has long been on the university’s list of needs. With 550 students working toward music degrees and more than 2,000 additional students participating in ensembles and classes, the college has outgrown current spaces for rehearsing, practicing and learning, said College of Music Dean James Forger.

“This will facilitate the work of faculty and students in extraordinary ways,” Forger said. “The renovation and expansion will add much-needed specialized rehearsal spaces, practice rooms, a large lecture hall, faculty studios and offices, a recording and multimedia room and a public gathering space with a café. It is gratifying that alumni and friends have stepped forward with cornerstone gifts that will transform the capabilities of the college.”

The college will proceed with additional fundraising for the project, including opportunities for donors to name spaces. The gifts support Empower Extraordinary, the $1.5 billion campaign for MSU, publicly launched in 2014.

Once the expansion and renovations are completed, climate control and improved acoustics will enhance all performances, while larger, flexible practice areas will accommodate ensembles, choirs and seminars. Purpose-built spaces for student faculty studio collaboration and improvements in hearing protection for musicians also will be created.

The project follows a series of university actions to improve facilities for the musical arts on campus. In 2012, the Music Building’s auditorium underwent a major renovation, creating Cook Recital Hall, named after lead donors Byron and Dolores Cook. Performance and classroom spaces in the MSU Auditorium’s Fairchild Theatre and Demonstration Hall also were substantially rejuvenated in recent years.

“Expanding and enhancing the Music Building is the next step in transforming the learning environment for scores of students and providing outstanding musical experiences for audiences,” said MSU President Lou Anna K. Simon. “We are grateful to Jim Billman and other donors for leading the way in investing in a new chapter for music at MSU.”