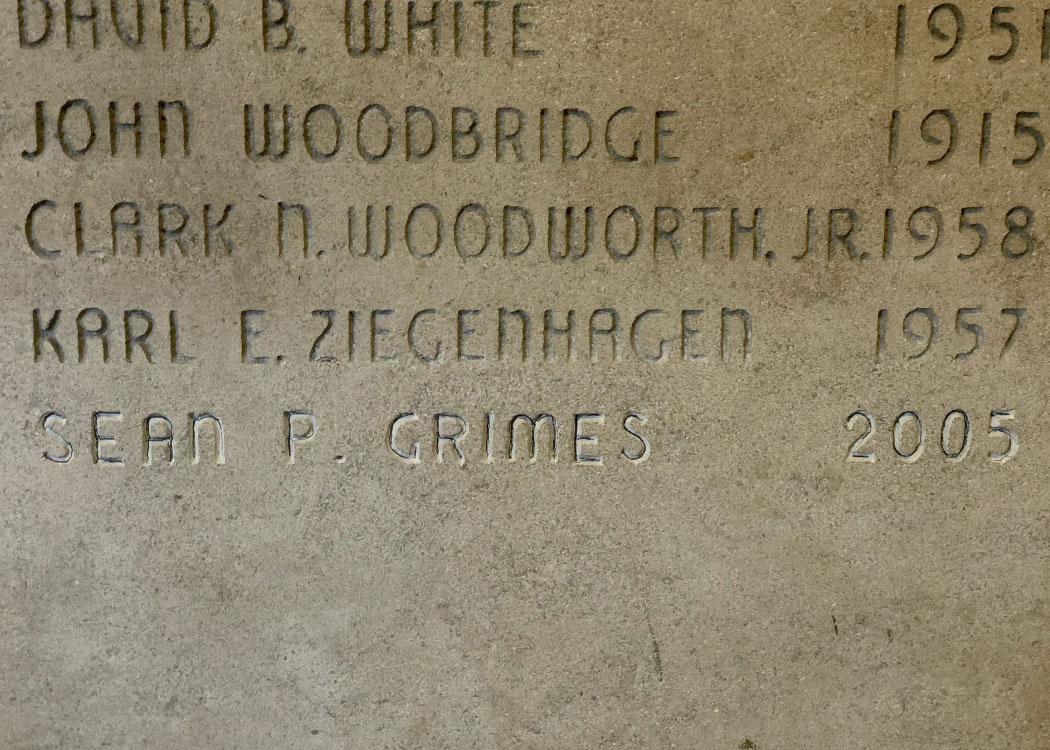 After graduating from MSU, Cpt. Sean Grimes, BSN ’97, dedicated his life to healing those in battle during Operation Iraqi Freedom. Tragically, one week before his scheduled return home, Grimes’ life was cut short by an improvised explosive device during a combat patrol in Ar Ramadi, Iraq on March 4, 2005. He was the first U.S. military Physician Assistant killed in combat. That same year, a scholarship was established in his name and has supported veteran students at the College of Nursing since.

Cpt. Sean Grimes' name is engraved in the entrance of the MSU Alumni Memorial Chapel. Listed on the wall are names of Spartan veterans who lost their life in the line of duty.

Your Support Will Make a Difference

Many veterans have a dream to pursue nursing after their career in the military. By supporting this scholarship, you are not only fueling their dream, but allowing the legacy of a fallen veteran to live on.

The appearance of U.S. Department of Defense (DoD) visual information does not imply or constitute DoD endorsement.