The tremendous support we have received during this campaign will empower MSU to make unimaginable discoveries that impact all our lives, while also preparing new generations of game- changing Spartans. 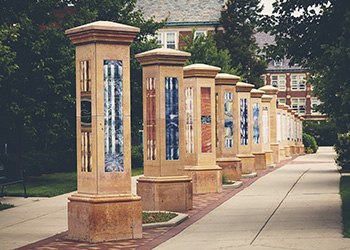 For the second year in a row, private giving to Michigan State University topped $238 million, continuing the success of the $1.5 billion Empower Extraordinary capital campaign.

MSU publicly launched Empower Extraordinary in October 2014, intending to build on MSU's traditions while empowering critical initiatives for the 21st century. Through June 30, 2015, nearly $969 million has been committed toward the campaign goal by more than 217,000 donors.

“The campaign is an historic opportunity to assure that innovation and opportunity will continue to thrive at MSU not just for us today, but for future generations,” said MSU President Lou Anna K. Simon. “The tremendous support we have received during this campaign will empower MSU to make unimaginable discoveries that impact all our lives, while also preparing new generations of game-changing Spartans.”

There were 102,513 donors to the university in fiscal year 2015 and gifts from individuals grew by 25 percent, from $122 million in the previous year to more than $152 million this year. The number of 7-figure gifts to MSU grew from 43 last year to 48 this year. Alumni were most generous, contributing $102.2 million – a 51 percent increase. Support from within the university’s faculty, staff and retirees also grew from approximately $12 million to more than $16 million.

“Michigan State’s fundraising success is due to support from alumni and friends of the university, as well as to an aggressive fundraising strategy that includes many initiatives by the university’s academic and administrative leaders,” said Bob Groves, vice president for University Advancement. “Every gift contributes and we are tremendously grateful to the many donors who are invested in helping MSU to be the most extraordinary university of its kind.”

Other key measures of fundraising success were on the rise, including gifts from estate plans and other future donations that grew by 78 percent from $39.2 million last year to $69.9 million.

Support for endowments continued to grow, increasing 17 percent from $93.8 million last year to $109.7 million this year.

The combined value of MSU’s endowment and the related MSU Foundation topped $2.5 billion for the first time as of June 30, 2014. The MSU endowments are held in numerous funds specifically designated for scholarships, faculty recruitment and support, research and other functions.