The Spartan Scholarship Challenge was a way for James to expand on his goal of helping students to obtain the academic foundation for science careers. 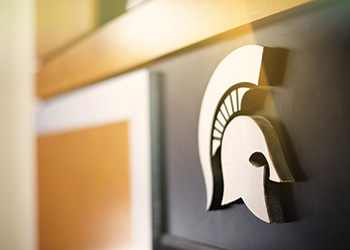 James Billman (’69, Natural Science/Honors College) was so taken by the Spartan Scholarship Challenge he made three gifts to create endowed scholarships; one in his own name and the others in honor of two of his former MSU West Fee Hall roommates: William C. Gill (’70, Natural Science) and George W. Petersen (’72, Natural Science). With the matching funds, each of the endowments will total $100,000.

After graduation, Billman graduated from the College of Medicine at The Ohio State University, completed a pathology residency at the University of Michigan, and, following service in the U.S. Air Force, entered a private pathology practice which has grown to 17 pathologists and 500 employees.

The Spartan Scholarship Challenge was a way for James to expand on his goal of helping students to obtain the academic foundation for science careers. He noted that research grants are typically directed to graduate level assistance, underscoring the need for private support at the undergraduate level.

“Undergraduate scholarship support reduces the need to earn money by working during the college year and allows more time for study and research projects,” he says. “Earning good grades and producing an interesting research project as a science undergraduate often leads to admission to a better graduate program or a better first time job.”

When asked how it feels to have endowed four MSU scholarships, James replied: "Who says I'm going to stop with four?"