From Oregon, With Love 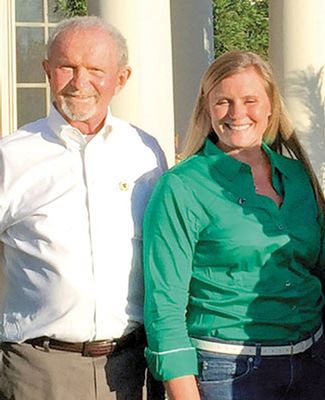 From Oregon, With Love

Scott Lovejoy (’68, English) is a Spartan who is living, working, and raising a family in the middle of Oregon, far from East Lansing, Michigan, so he wanted to make sure his wife Kristy and three young children were aware of all the reasons they should be Spartans.

Turns out, it wasn’t a hard sell. The Lovejoy family loves MSU, and they’ve found plenty of ways to show it.

On campus, they created the Scott and Kristy Lovejoy Endowed Fund for Faculty in the College of Arts and Letters with a gift of $100,000.

“I am the biggest fan of what one gets from the College of Arts and Letters,” Scott, who studied English, says. “I am a strong believer that it prepares us to have essentially transportable careers.” His own successful career in law and now as president of Lovejoy Properties, his real estate development company, is proof of that.

The Lovejoys’ gift will support the faculty that makes that kind of success possible.

Off campus, Scott, Kristy, and their children Logan, Tyler and Kimberly, hosted a Green and White event at their home, to bring a little bit of East Lansing to Central Oregon.

“It has been tremendously fun getting to know MSU. The energy of campus, the enthusiasm of the students...it has really lit a fire under all of us,” Kristy says of Scott's efforts reconnect with his alma mater and “Spartify” Kristy and their kids.

The more the Lovejoys visited MSU’s campus, seeing Scott's former stomping grounds and taking in football games at Spartan Stadium, the more they realized just how far Central Oregon was from the heart of Spartan Nation.

“We realized that there was a need and an opportunity here in Central Oregon to cultivate, generate, and show support for MSU,” Scott says. With a mountain range standing between them and Oregon’s only alumni club in Portland, the Lovejoys couldn't be happier to have planted the seeds for a Spartan support group of their own, much closer to home.

Dean Long, who traveled from East Lansing for the Lovejoys’ event, brought two Arts and Letters students along with him to talk about their studies as part of the college’s new Experience Architecture major. “Scott and Kristy’s gracious hospitality provided us with an opportunity to introduce our students to the Spartan community in Oregon,” Long says. “Students are our most eloquent advocates for the value of an arts and humanities education in a globally interconnected world. They demonstrated for our alumni the transformative difference our leading-edge programs make.”

New connections among Spartans, and fresh excitement about a place they love, was the perfect outcome.

“I am deeply grateful for everything MSU did for me, and now, in giving back and getting involved, I do feel reconnected,” Scott says, and MSU is better for it.

For more information on making a gift to the College of Arts and Letters, contact Senior Director of Development Christine Radtke at radtkech@msu.edu or call (517) 432-6693.