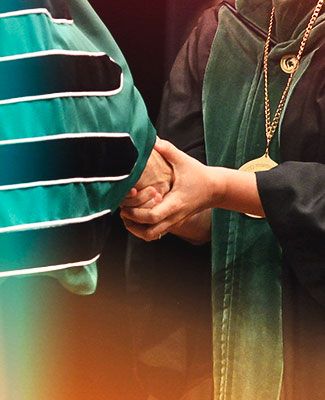 While the names of private companies like Pfizer and Moderna are all over the news right now for being among the first to produce viable vaccines for the virus that causes COVID-19, they alone are not responsible for the exhaustive, basic research that enabled a safe, reliable vaccine to be produced so quickly in the first place.

That work took years, and it was done thanks to government and private funding at research institutes and universities.

In fact, many of the greatest medical or technological achievements in American history happened this way. Why? Because basic research is expensive and doesn’t always pay immediate dividends, and the private sector isn’t always willing to absorb that cost. But the government is—and so are universities, thanks, in part, to donors.

Each year, MSU hires and promotes brilliant researchers into endowed chair and professor positions created by donors whose vision and generosity enable exactly this kind of work.

In an ordinary academic year, these newly appointed endowed faculty members would be introduced and celebrated at the annual Investiture for Endowed Faculty ceremony held in the fall. This isn’t an ordinary year, but they haven’t stopped working, and here's what some of them are up to. 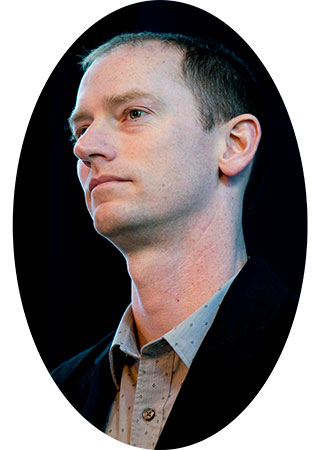 Barry Bradford, the new Clinton E. Meadows Endowed Chair for Dairy Management in the Department of Animal Science, is a leader in dairy nutrition research, focused on metabolic regulation of feed intake in dairy cattle. In this new leadership role as the Meadows Chair, he will split his time between research and outreach, in hopes of fostering cross-departmental partnerships that will enable as many people at MSU as possible to solve problems for the dairy industry.

The Clinton E. Meadows Endowed Chair was created and named in honor of Clinton Meadows, whose 23-year career at MSU earned him a distinguished faculty award and a proclamation from the Michigan Legislature in 1978. 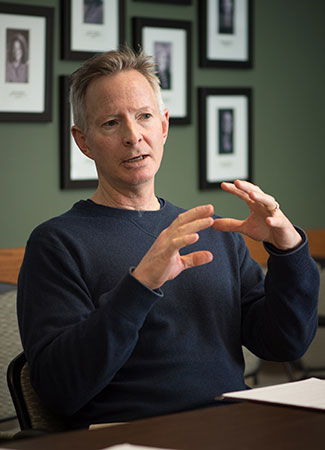 James Dearing, the newest Brandt Endowed Professor in the Department of Communication, has been ranked in the top 10 internationally in the growing discipline of dissemination and implementation science in health. His work most frequently focuses on organizational change and organizational strategy as they relate to creation, adaptation and adoption of innovations in organizational settings—most often in the fields of nursing care, climate change, injury and fatality prevention, public health, STEM education, environmental contamination and health care.

The Brandt Endowed Professorship was created thanks to an estate gift from alumnus Ellis “Ned” Brandt (’43), who wanted MSU to carry on the legacy of his long and distinguished career in communications. 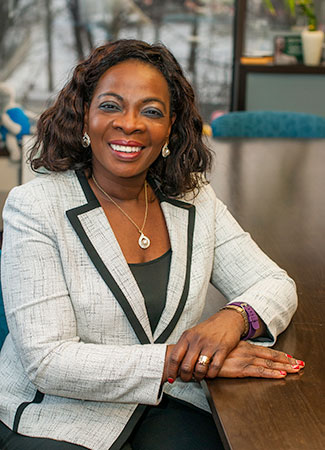 Adesuwa Olomu, the Blanch B. and Frederick C. Swartz Endowed Professor in Medicine, is also vice chair for Research, chief of the Division of General Internal Medicine and a faculty excellence advocate in the College of Human Medicine. She is a health services researcher whose work is nationally and internationally recognized. Her primary research interests include behavioral interventions and implementation; translating scientific evidence into clinical practice; health disparity research in cardiovascular disease; and improving patient care using mobile health technology.

The Blanch B. and Frederick C. Swartz Endowed Professorship was created through an estate gift from Dr. Frederick and Mrs. Blanch Swartz. Swartz was a Lansing-area physician who advocated early on for Michigan State to establish a medical school. He sought to create an endowment that would support an outstanding faculty member whose teaching and research interests lay in one of his two areas of passion: internal medicine or geriatric medicine. 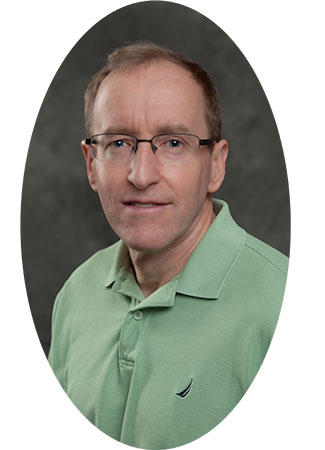 Mark Schroder, the A.J. Pasant Endowed Professor of Insurance in the Department of Finance, is a professor of undergraduate- and graduate-level finance courses. His research interests include optimal portfolio-consumption choice, derivatives pricing and optimal contracting. He has refereed for more than 20 academic journals.

The A.J. Pasant Endowed Professor of Insurance was established by alumnus A.J. Pasant (’49, College of Social Science), who founded Jackson National Life Insurance and wanted to encourage an interest in the insurance industry among faculty and students. 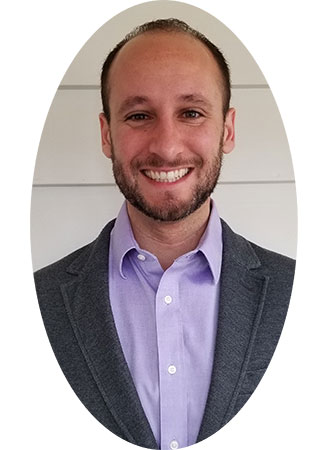 Tyler Cocker, the Jerry Cowen Chair of Experimental Physics, is an assistant professor in the Department of Physics and Astronomy. As the principal investigator in the Ultrafast Terahertz Nanoscopy Laboratory, he leads a team that's studying ultrafast dynamics on the nano and atomic scales, with the goal of informing future work on nanotechnology and molecular electronics.

The Jerry Cowen Chair of Experimental Physics was created by a gift from the family of the late Jerry Cowen (’50, ’54, College of Natural Science), who, after graduating with his Ph.D. in physics, went on to teach in the department of physics and astronomy at MSU for 44 years. His family created the position in recognition of his love for research and instruction in the area of experimental physics. 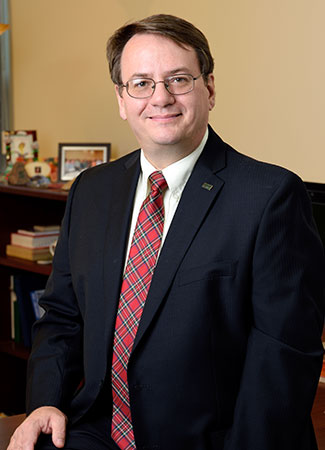 Leo Kempel is the dean of the College of Engineering and the new Dennis P. Nyquist Endowed Professor in Electromagnetics. Kempel’s research interests include conformal antennas, engineered materials for microwave applications and computational electromagnetics. Kempel knew the late Dennis P. Nyquist personally, and counts him as a friend and mentor, especially during his first several years at MSU. He looks forward to using the Nyquist professorship as a means to help others launch successful teaching and research careers in engineering.

The Dennis P. Nyquist Endowed Professorship in Electromagnetics was established in 2014 through a $1 million estate gift from Nyquist, who not only earned his Ph.D. in 1966 from MSU’s College of Engineering, but served on the faculty for 36 years, during which he was named a University Distinguished Professor and earned an MSU Teacher-Scholar award. 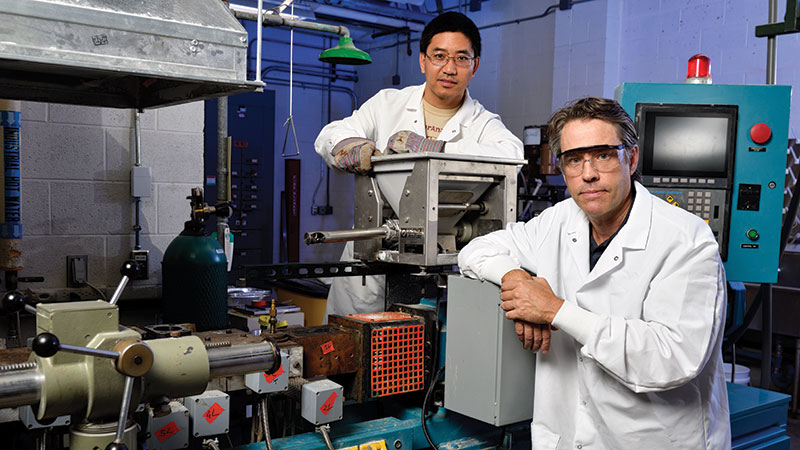 More than 90% of America’s plastic waste becomes garbage, often after only a single use. And even the small percentage that is recycled can end up being less valuable, pound for pound, than when it started.

John Dorgan, who joined MSU as the David L. and Denise M. Lamp Endowed Chair in Chemical Engineering in 2017, is working to change that.

Dorgan has assembled a team of MSU researchers who are pursuing the “upcycling” of commonly disposed plastics such as grocery bags into higher uses with funding from a $2 million National Science Foundation grant.

The project’s goal is to break down polyethylene, then chemically resurrect it as a more valuable material, such as nylon used in carpets, sporting goods and even automotive parts.

Plastic recycling now is mostly “downcycling,” Dorgan says. For example, polyethylene recycled from plastic grocery bags frequently reenters the world as plastic lumber used in park benches. Although it’s a good use, this kind of recycling is an overall value loss. Going to nylon instead would flip that script, as one pound of nylon can be worth more than five pounds of recycled polyethylene.

“Please make sure that you recycle your plastic,” Dorgan says, “because the team at MSU is figuring out great things to do with it.”

LEARN MORE about support for endowed faculty positions by contacting the development officer in your college or unit or by calling (517) 884-1000.