Tracking Wrongs to Make it Right 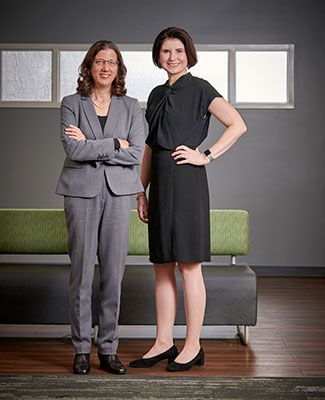 Tracking Wrongs to Make it Right

The number often rises—sometimes more than once per week. Since 1989, the National Registry of Exonerations has tracked over 2,980 cases in which a person was wrongfully convicted of a crime and later cleared based on new evidence of innocence.

From false confessions to eyewitness identifications gone wrong, the National Registry of Exonerations’ mission is “to provide comprehensive information on exonerations of innocent

criminal defendants in order to prevent future false convictions by learning from past errors.”

With nearly 3,000 cases to catalog and detail, there is plenty of work to be done. Which is where MSU College of Law Professors Catherine Grosso and Barbara O’Brien come in.

Professor O’Brien serves as the editor of the site and Professor Grosso is the managing editor. Together, they are hoping to inform the discourse on the inequalities in the US criminal justice system.

The National Registry of Exonerations was founded in 2012. A project of the MSU College of Law, the University of Michigan Law School and the Newkirk Center for Science & Society at

University of California Irvine in conjunction with the Center on Wrongful Convictions at Northwestern University. Faculty members at the three NRE institutions work alongside staff

attorneys, journalists and researchers to document exonerations dating back to 1989. Those working at the NRE know how important the work is.

“An exoneration is a big deal,” Professor O’Brien said at an MSU College of Law event in 2021, “in the sense that it’s proof that the system has failed in a massive, major way.” One of the most visible stats on the NRE website explains that exonerated defendants spent more than 26,500 years combined in prison for crimes they did not commit.

Sharing the stories of those thousands of years is important to each case, but it is also critical, according to Grosso, to look at the data from a wider lens. The  cases documented in the NREshow a pattern: Around 50% of the NRE exonerees are Black, though Black people comprise only 13% of the US population. “The better we get at naming it,” Professor Grosso said of this discrepancy, “the better we get at identifying it—the better we can get at changing it.”

For those looking to help change the system for the better, O’Brien and Grosso recommend a few things—namely, to participate in the process. They implore community members to vote in prosecutorial races and other elections, and to look closely at those running for office.

When it comes to directly supporting the NRE, MSU pays the salaries of Professors O’Brien and Grosso. Research and staff attorneys, however, are funded through grants and private donors. Donors can give directly to the MSU College of Law National Registry of Exonerations Fund to support the project.

With more support, the hope is that the database can become even more encompassing. While a wrongful conviction is a horrible thing, the higher the number of exonerations climbs, the more just the system becomes.

LEARN MORE about supporting the National Registry of Exonerations by contacting MSU College of Law Senior Director of Development Roxanne Caine at cainerox@law.msu.eduor by calling (517) 432-6824.