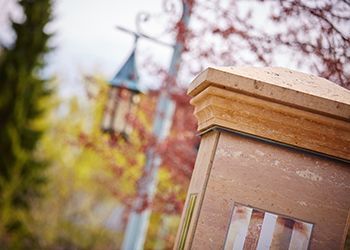 Michigan State University has recorded its best fundraising year in its 164-year history, raising more than $272.6 million in gifts and pledges for the fiscal year that ended June 30.

The previous record of $271.9 million was set in 2016, two years after the public launch of the Empower Extraordinary campaign.

“Fundraising is about more than dollars and cents—it ensures we can continue to improve the world around us, educate the next generation and create a safer teaching and learning environment for all,” said President Samuel L. Stanley Jr., M.D., who officially began his tenure as MSU’s 21st president on August 1. “It will be a great privilege to connect with all of the generous donors who have made this possible.”

It is common for universities to experience a drop in giving during the months leading up to and immediately following the close of a campaign, but MSU’s success bucks that trend, with some of its largest gifts and best fundraising months occurring right near the end of the calendar year. In fact, December 2018 was MSU’s best December on record, with $54.9 million raised. In June 2019, the last month of the fiscal year also finished strong at $35 million.

Giving was up in all priority areas compared to the previous year. Nearly $66 million was given to support students including scholarships and fellowships; $63.9 million to support faculty which included 24 new endowed faculty positions; $52.6 million for research activities; and $84.6 million for facilities and discretionary funds.

“Fundraising is about more than dollars and cents—it ensures we can continue to improve the world around us, educate the next generation and create a safer teaching and learning environment for all,” said President Samuel L. Stanley Jr., M.D.

“This year, we celebrated the end of the Empower Extraordinary campaign, which was a tremendous success in terms of dollars raised and impact made,” says Marti K. S. Heil, vice president for University Advancement. “But it was also a success because our generous donors haven’t stopped giving. The campaign’s message forged a lasting connection with thousands of Spartans, who continue to support our areas of greatest need, as well as the programs and causes that matter most to them.”

Counted among those individuals are alumni, who gave $138.1 million; friends of MSU, who gave $50.7 million; and faculty and staff, whose support totaled $20.6 million.

Nearly 70 percent of all dollars raised came from 316 donors who made gifts of $100,000 or more. The largest gift was made in September 2019—$30 million from Edward J. Minskoff for the Broad College Business Pavilion—and is the largest single gift from an individual donor in MSU’s history.