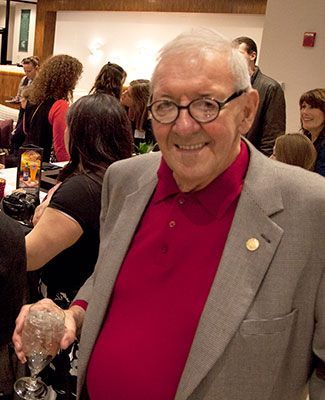 If you’ve been anywhere near the Graphic Design program over the last 50 years—or even if you haven’t—you probably know of the late professor emeritus Joe Kuszai.

He was recruited to Michigan State in 1965 to develop the Graphic Design program from the ground up, and he ran it for more than 25 years, while also teaching courses that decades of graphic design and visual arts students will never, ever forget.

At his retirement party in 2015, scores of alumni returned to celebrate his storied career, which began long before he ever came to teach at Michigan State. His experience designing covers and sleeves for Columbia Records, and working for big-name printers, studios, photographers and publishing houses in New York, are likely the reasons he was such an effective and innovative teacher, mentor and strong example for all his students.

Though he passed away in 2019, his legacy lives on in the alumni who are working their dream design jobs around the country. It also lives on right here on campus, in the form of a scholarship that Joe and his wife, Shirley, created, and that many of those grateful former students have since given to in his memory.

The Joe and Shirley Kuszai Endowed Scholarship in Graphic Design provides financial assistance and recognition to one or more promising graphic design students in their junior year. For one of last year’s recipients, the value of the scholarship went far beyond money. 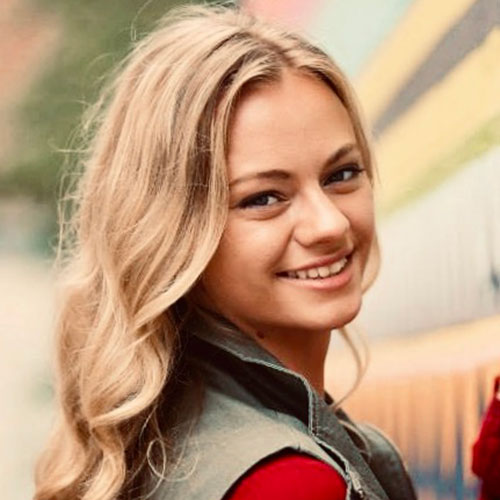 Senior Molly Killingbeck (’20) didn’t officially declare a graphic design major until her junior year, and by the time she joined the program, she knew she had a lot of catching up to do before she would feel like she truly fit in.

So, she studied. She did hundreds of sketches. And her tenacity and the improvement she showed made her professors take note. They nominated her for the Kuszai scholarship.

Receiving the award sent Killingbeck a clear message: she’d found her home in graphic design, and she was welcome.

“I have always been my own worst critic,” Killingbeck says. “I received this scholarship at a time when I was still trying to figure out if graphic design was a good fit for me. It gave me the boost I needed to become more involved in design-related extracurriculars like the MSU AIGA Student Group and VIM magazine.

“It was daunting at first to switch into a program so late in my college career. But the entire design faculty has been so supportive, and the other designers in this program have become my second family. It’s refreshing to learn in an environment where everyone is rooting for you.”

That feeling? That everyone is rooting for you and wants you to succeed? That’s Joe Kuszai’s legacy.

GI Bill® is a registered trademark of the U.S. Department of Veterans Affairs (VA). More information about education benefits offered by VA is available at the official U.S. government Web site at https://www.benefits.va.gov/gibill