At age 96, Ceo Bauer (’49) has a simple secret for living a fulfilling life: service.

“Try to make things better where you are. That’s what you do. Every day, every minute,” he says.

An impressive giving history to MSU is one of the ways Ceo shows his long commitment to service.

He’s made an annual gift to MSU every year for 68 years, making him one of MSU’s longest-running annual donors. He’s supported Spartan athletics, bands, WKAR and the college where he earned his degree: engineering. He’s also made a provision in his will to support Spartan engineers in the future.

His commitment is easy as far as he’s concerned. “It’s my duty to America and MSU. I’m a graduate,” Ceo says. 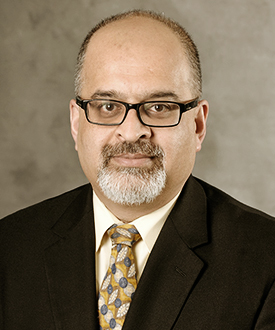 Ceo, you supported our Spartan engineers each year for almost 70 years. We are so grateful that our civil engineering students have benefited from your generosity and will continue to do so through your estate plan.

His lifetime of service started early. At the age of 19, during World War II, Ceo was drafted and later joined the 95th Infantry Division of the U.S. Army as a rifleman. He was severely wounded during combat to seize the fortress city of Metz, France. For their outstanding combat action, the division earned the nickname “Iron Men of Metz.”

He has returned to Metz every five years since 1987, interacting with the French and participating in liberation ceremonies. He was designated a “liberateur” by the city in 1968. This spring he received the French Legion of Honour for his service and accomplished career.

Growing up on a farm at Carson City, he thought his future was in agriculture. He came to MSU because that was the university he’d always known, and because the Army showed him he had an aptitude for civil engineering. He says the need for civil engineers after World War II motivated him to step up.

“We were not long out of horse and buggy days and a better highway system was needed,” says Ceo.

He devoted more than 30 years to the Michigan Highway Department, now the Department of Transportation. A roadside rest area west of Seney on M-28 in Michigan's Upper Peninsula honors his service.

An avid outdoorsman, he was always ready to hunt or fish and spent many happy hours doing so.

“I had one of the first snowmobiles in the area,” he recalls.

He remained devoted to MSU as well, learning to sing MSU Shadows with fellow alumni in three-part harmony, often during halftimes of MSU football games.

His advice for fellow Spartans?

“Try to get something done that is a benefit to society. Give and you will receive. That's the Christian philosophy and you’re richer than you think.”