Building a lot more than buildings

Gifts to the Empower Extraordinary campaign have already gone to work in the construction of new facilities for teaching, research, and athletics. 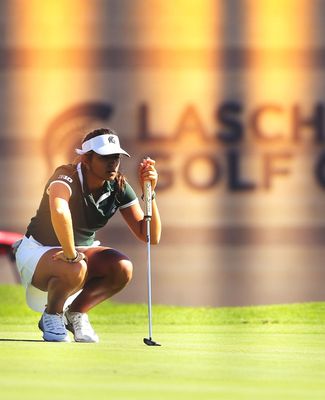 Building a lot more than buildings

Gifts to the Empower Extraordinary campaign have already gone to work in the construction of new facilities for teaching, research, and athletics.

When the Michigan State women’s golf team captured the 2017 Big Ten Championship, the win followed a Spartan tradition of the powerful impact donors have on competing for championships.

After DeMartin Soccer Stadium was built with a gift from Doug and Valerie DeMartin, men’s soccer landed three Big Ten Championships and progressed to the Men’s NCAA Elite Eight in 2013. Following McLane Baseball Stadium’s completion with a gift from Drayton and Elizabeth McLane in 2009, the baseball team won the 2011 Big Ten Championship and a place in the 2012 NCAA Tournament, both for the first time since 1979.

In June 2016, the Lasch Family Golf Center, the new 15,000-square-foot home of the MSU men’s and women’s golf teams, was officially dedicated, following a $2 million leadership gift from Rick (’90) and Suzanne Lasch of East Lansing.

The facility builds on the winning tradition of the men’s and women’s golf programs, with the women’s team earning a bid to the NCAA Regionals in 16 of the last 17 seasons. This year the Spartan women advanced to the NCAA Nationals and received the 2017 Athletics Director’s Award for the highest team GPA. The men’s team made the NCAA Tournament for the second year in a row.

Meanwhile, across campus, donors are helping the Eli Broad College of Business and the College of Human Medicine build on two other winning traditions at MSU. Once completed, the Business College Pavilion and the Grand Rapids Research Center  will position future Spartans for excellence in business and research.