Alumni couple’s giving spans three colleges and two cities, helping students and programs grow—both on campus, and in their hometown of Grand Rapids. 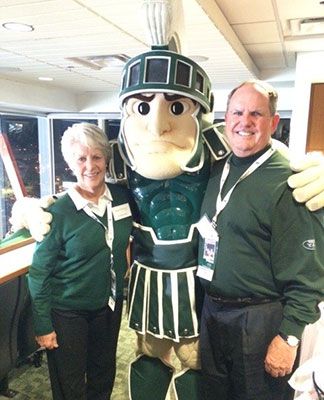 Alumni couple’s giving spans three colleges and two cities, helping students and programs grow—both on campus, and in their hometown of Grand Rapids.

In our current day-and-age, when young college graduates rarely stay in a job for more than five years at a time as they search for their niche in the world and in the workplace, the idea that Tim and Karen O’Donovan would land in Grand Rapids—young and fresh out of college—and basically never leave seems unfathomable.

Karen was still finishing her undergraduate degree in the College of Education when they made the move so that Tim, then a recent graduate of the MBA program, could start his first job at Wolverine Worldwide.

That was 50 years ago, and they’re still there, both happily retired after long careers in the very same industries they started out in. Tim worked his way all the way up to CEO of Wolverine Worldwide, while Karen retired as the director for curriculum in an award-winning public school district in Grand Rapids.

That kind of longevity creates deep ties—ties that the O’Donovans have chosen to celebrate by giving back.

Though they’ve supported many causes at MSU and in Grand Rapids over the years, it wasn’t until the early 2000s when they really began to consider just how big of an impact they could make both in their community and on their campus.

“We all know that teachers are not the highest paid, and to be able to have really excellent students who can choose education, and feel that they can start out without having to dig themselves out of a hole of debt…it’s so important to me,” Karen says.

“And scholarships give the Broad College the ability to recruit top-notch students,” Tim adds, “which helps the MBA program remain competitive with all the best programs out there, so that graduates can be competitive for all the best jobs out there.”

(Having a great facility helps, too, Tim notes, which is why they were also eager to support the Edward J. Minskoff Pavilion project.)

It’s easy to see why they would initially adopt business and education as their main priorities, but when the College of Human Medicine came knocking in Grand Rapids in 2007, the O’Donovans found another cause to get excited about. Through Tim’s role on the board of Grand Rapids-based health care stalwart Spectrum Health System, he knew the area was ripe for medical innovation, and the presence of a medical school would help make their hometown a destination for world-class health care and research—with MSU’s name on it.

So the O’Donovans joined the fundraising committee for the Secchia Center, helped their friends and neighbors and fellow Grand Rapids Spartans see the value in the project, and led by example by making pledges of their own. In 2015, they also made a $150,000 gift to create the Timothy J. and Karen J. O’Donovan Endowed Scholarship in the College of Human Medicine, to support medical students.

To date, their three named scholarships have benefited more than two dozen students in education, business and medicine, and are currently awarding a total of nearly $20,000 per year, divided among recipients across the three colleges.

The MBA lounge in the new Edward J. Minskoff Pavilion at the Eli Broad College of Business bears the O’Donovans’ name for their support of the project—a fitting full-circle tribute to the life-changing moment 50 years ago when then-student Tim sat down in the old Eppley Center MBA lounge for a meeting with the faculty member who helped him secure his job with Wolverine Worldwide.

And, in Grand Rapids, they’ve left a permanent mark through their support for the Secchia Center and their recent $250,000 gift to support the Grand Rapids Research Center, both of which anchor the place now known as the “Medical Mile,” where MSU’s College of Human Medicine—and all the researchers, clinicians, educators and medical students that come with it—has integrated into the fabric of the O’Donovans’ beloved West Michigan community.

For these three recipients of the O’Donovan scholarships in Education, Business and Medicine, the award was about more than financial aid.

A push to pursue the next big opportunity—and grow a family along the way: 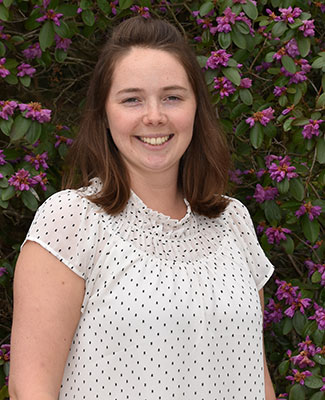 The last five years in the teaching field have been both rewarding and unexpected, and I have faced challenges and opportunities that have allowed me to grow and explore different areas of education: as a technology leader, culture club director for the school and by serving on curriculum development and diversity committees at a district level. I was offered an opportunity this spring to utilize my master’s degree and work as an instructional designer at a local community college, and have since started in that new role. On a personal note, I met and married my husband two years ago, and we have recently accepted a foster teen into our home, and have enjoyed getting to know her and helping her grow.

A vote of confidence: 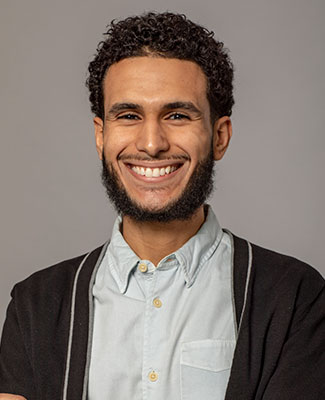 Without this scholarship, I don’t think I would have become a Spartan. I will be forever grateful for the growth that I achieved, the friendships I made and the network I built in two short years with the support of the O’Donovan fund. Now, as an associate brand manager for the largest healthcare company in the world, I continuously look for opportunities to give back to the program that gave me so much.

An affirmation that the community he loves, loves him back: 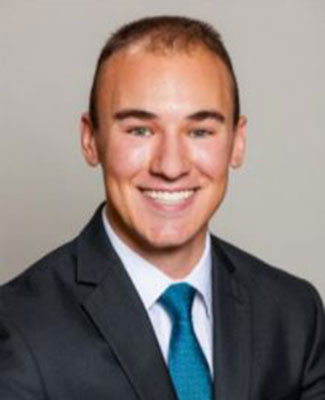 I have lived in Grand Rapids all my life, and was actually born in the hospital where I now have my clinical rotations. There have been so many wonderful people along the way that have helped me get to this point. I am deeply grateful for the support of the O’Donovan Endowed Scholarship as I pursue my passion for serving my community in any way I can.

LEARN MORE by contacting Regional Director of Development for West Michigan Mary Shirkey at shirkey@msu.edu or by calling (313) 434-5900.