He really wanted to ask her out, but it wasn't until his fraternity serenaded her with a Fred Astaire ballad that Carol took notice. 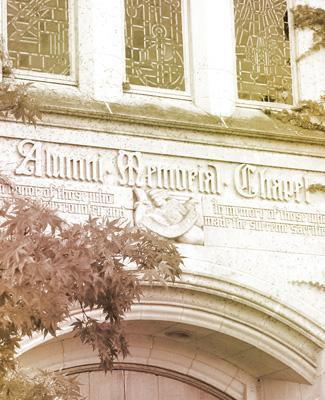 He really wanted to ask her out, but it wasn't until his fraternity serenaded her with a Fred Astaire ballad that Carol took notice.

The following day, a still-excited group of students—including members of the famed MSU Marching Band—depart on two trains heading east from Pasadena.

Among the students were Robert “Bob” McGee (’58, Business) and Carol Kashenider (’58, Education).

Bob admits being instantly attracted to Carol upon meeting her. And back on campus, he really wanted to ask her out; but it wasn’t until his fraternity serenaded her with a Fred Astaire ballad that Carol took notice.

“The guys sang, 'The Way You Look Tonight,' in front of my sorority house,” Carol said. “It was extremely romantic.”

The two dated and, just after graduation, Bob enlisted in the Navy and was sent to Europe while Carol taught in California. They kept in close contact and in the summer of 1959, Bob asked Carol to meet him in New York City.

“Of course, there were no cell phones at that time and I had barely enough money to get to New York,” Bob recalled. “My ship was late, and I was stranded in Boston. I kept her waiting but I finally made it.”

Dressed in his Navy uniform and armed with a ring, Bob met Carol at midnight. He got down on one knee then asked the big question—and the two became engaged above the ice rink at Rockefeller Center.

Like many MSU couples, Bob and Carol were married at the MSU Alumni Chapel. It was a winter wedding, with beloved MSU Director of Bands Leonard Falcone in attendance.

“During my time at MSU, people were good to me,” Bob said. “We feel very strongly about our relationship with the university, and we were both raised to give back. It’s just part of who we are.”

Both active volunteers within their Norwalk, Connecticut community, Carol and Bob are highly involved with MSU Alumni Club of Greater New York, of which Bob is founder and past-president. Bob also served on the National Alumni Board, and in the late ‘60s, helped launch what is now the Eastern Wayne County alumni group.

The two always stand ready to welcome new Spartans into their community and they enjoy being involved in selecting Spartan scholarship recipients through the alumni club. It’s clear the two embody who Spartans truly are—and after 54 years of marriage, what do they appreciate most about one another?

“A sense of humor,” they agree.