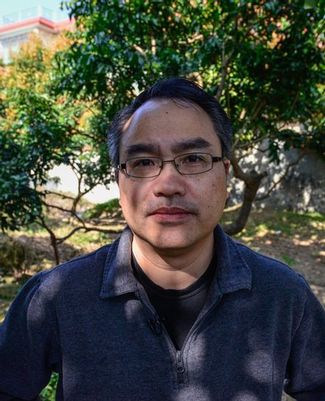 MSU researchers Ned Walker, Ke Dong and Zhiyong Xi have made significant progress over the years developing new methods for fighting mosquito-borne illnesses. Because of their work, we are closer to winning the global war against diseases such as malaria and dengue fever.

Focusing on an area of western Kenya, Walker’s research team studied how insecticide-treated bed nets could disrupt the population dynamics of the parasite that causes the deadly disease, as well as Anopheles gambiae, the mosquito that transmits the parasite.

Bed nets, powerful and simple control tools that cost only about $10 apiece to get into the homes of users, proved effective for several years—until the mosquitoes began to develop a resistance to the insecticide used on the nets.

Pyrethroid insecticides have been deployed in developing countries for many years to fend off mosquito-borne diseases. However, in the past decade, growing resistance in mosquitoes has been detected in many countries.

At the molecular level, resistance appears as mutations in the primary receptor in the sodium channel that allow mosquitoes to survive exposure to the insecticide. Scientists have long believed that a single molecular door was the key target for insecticide, but researchers have now found a second gateway. The discovery of the second receptor in the sodium channel provides a better understanding of how the insecticide works at a molecular level and could lead to ways to stem mosquitoes’ resistance to pyrethroids. It also opens more avenues to increase this insecticide’s effectiveness.

“One of the keys to the success of this research was our cloning of a mosquito sodium channel for the first time,” said Ke Dong, professor of entomology.

The team spent nearly two years to discover the new pyrethroid-binding site. This research, funded in part by the National Institutes of Health, could lead to the development of new insecticides.

New research from Walker’s group shows that even with resistance, bed nets remain effective— but only if they do not develop holes in them from wear and tear. Led by Gabe Ording, associate professor of entomology, an MSU student group called STOMP (Students Taking on Malaria Prevention) continues fundraising efforts for new bed nets in Africa.

Another MSU research team has discovered a biological means to control the spread of malaria. They were the first to demonstrate that Wolbachia can be stably established in a key malaria vector, the mosquito species Anopheles stephensi, which opens the door to use Wolbachia for malaria control.

“We developed the mosquito line carrying a stable Wolbachia infection. We then seeded them into uninfected populations and repeatedly produced a population of predominantly Wolbachia-infected mosquitoes,” said Xi, assistant professor of microbiology and molecular genetics, and founder and director of the Sun Yat-sen University – Michigan State University Joint Center of Vector Control for Tropical Diseases.

“Once Wolbachia has been released into a mosquito population, it is quite possible that it won’t need to be reapplied, making it more economical than other methods like pesticide or human vaccine,” Xi added.

Xi has also had success using Wolbachia to halt dengue fever, an infectious disease also transmitted by mosquitoes. About one-third of the world’s population is at risk of contracting dengue fever and up to 100 million people are infected each yea, and currently, there is no vaccine for it.

For this research, Xi focused on the mosquito species Aedes albopictus and Aedes aegypti and determined that the bacterium Wolbachia can stop the dengue virus from replicating in the mosquitoes.

“If there is no dengue virus in the mosquito, it can’t spread to people, so disease transmission can be blocked,” Xi explained.

Once the researchers pinpoint the mechanisms responsible for interrupting virus replication, they’ll be able to improve the efficiency of the interference–a critical step in breaking the fever, bringing researchers closer than ever to eradicating this devastating disease.