“Being recognized by CASE on merit is very rewarding and an affirmation of the great work being done to advance the mission of Michigan State. We are proud to be recognized as a leading program by our peers." 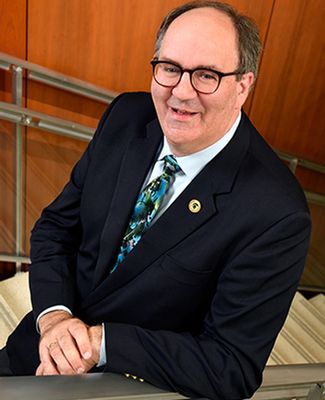 “Being recognized by CASE on merit is very rewarding and an affirmation of the great work being done to advance the mission of Michigan State. We are proud to be recognized as a leading program by our peers."

Michigan State University has received two 2018 Educational Fundraising Awards—one for Overall Performance and one for Overall Improvement—from the Council for Advancement and Support of Education (CASE) which recognizes educational fundraising programs in U.S. institutions.

For overall performance, Michigan State was one of just four universities to be recognized within its classification of large public research/doctoral institutions with endowments valued at over $350 million. MSU was the only institution in the classification to also receive an award for overall improvement.

“This recognition by a national organization reflects the support of the entire Spartan community,” said MSU Interim President John Engler. “These awards are a tribute to our donors, who are incredibly passionate about providing opportunity for our students and expanding the good work of Michigan State.”

MSU has raised more than $1.74 billion from 248,424 donors in its Empower Extraordinary campaign which publicly launched in the fall of 2014. The campaign exceeded its $1.5 billion goal more than one year ago and will continue through December 31, 2018.

So far this fiscal year, which began on July 1, more than $64 million has been raised. That figure includes the largest single gift ever received from an individual by MSU: a $30 million gift from alumnus and real estate developer Edward J. Minskoff toward the completion of the Business Pavilion for the Eli Broad College of Business.

Every year some of the gifts received have come in the form of pledges and charitable bequest commitments, but the portion of actual dollars received has grown by an average of 12 percent each year of the campaign. Of the $1.74 billion committed in the campaign to date, more than $1.04 billion has already been received by the university and put to work funding student scholarships, graduate fellowships, faculty research, building projects and programs and initiatives across campus.

The CASE fundraising honorees were selected based on a judging panel’s blind analysis of three years of fundraising data submitted through the annual Voluntary Support of Education Survey. Judges select winners based on a multitude of factors including the pattern of growth in total support, an evaluation of what contributed to fundraising success, the impact of the 12 largest gifts, the total support in relation to the alumni base and the type of institution.

CASE is one of the largest international associations of education institutions, serving more than 3,700 universities, colleges, schools and related organizations in 82 countries.

“Being recognized by CASE on merit is very rewarding and an affirmation of the great work being done to advance the mission of Michigan State,” said Vice President for Advancement Bob Groves, who will leave MSU later this fall after serving for the past 10 years at the helm of MSU’s alumni relations and fundraising programs. “We are proud to be recognized as a leading program by our peers.”