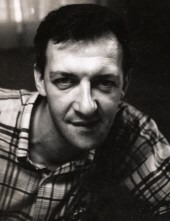 The College of Arts & Letters is mourning the loss of retired Professor Joe Kuszai, who taught Graphic Design courses at Michigan State University for 50 years.

Kuszai passed away on February 12, 2019, surrounded by family at his home in East Lansing. He was 86 years old.

Recruited to develop a graphic design program at Michigan State University, Kuszai joined the faculty at MSU in 1965 and headed the graphic design program for more than 25 years. Visual literacy and design curricula were his main teaching interests, and his primary research area was in documenting WPA (Works Progress Administration) murals.

Kuszai was known as an innovative educator, an evangelist of process-oriented design education, and an early adopter of technology in instruction as well as in design. In 1984, the same year the first Macintosh personal computer was introduced to the public, Kuszai sent a proposal to Apple that resulted in the establishment of the first Mac lab at a major university.

“I can say without exaggeration that as a professor of graphic design at Michigan State University for 50 years, Joe touched thousands of lives,” said Chris Corneal, Associate Professor in the Department of Art. Art History, and Design. “His impact on the design community spread exponentially with each passing year as he educated, mentored, and inspired each subsequent generation of young aspiring graphic designers and visual artists and urged them to go out into the world and make their marks. As these young designers became leaders in the field, as senior art directors, creative directors, and even principles of their own firms, they in turn took up the mantle of mentorship of the next generation of designers and spread stories of the gentle giant of graphic design at MSU and the lessons he had imparted to them.

“Every Kuszai student has a favorite story to tell about Joe. He may no longer be with us, but in this way, Joe's influence will live on. He will be missed, but not forgotten.”

At Kuszai’s retirement party in April 2015, which was held at MSU’s Eli and Edythe Broad Art Museum, many of his former students came back to campus, traveling from across the country. Those in attendance said that Kuszai had a huge impact on the university and on them.

Kuszai and his wife Shirley, who preceded him in death in May 2017, created the Joe and Shirley Kuszai Endowed Scholarship in Graphic Design at Michigan State University.

“Their act of generosity will benefit students in graphic design far into the future, extending his already extraordinary track record of service to our university community,” said Karin Zitzewitz, Chair of the Department of Art, Art History, and Design.

Prior to MSU, Kuszai served as an Associate Art Director at Columbia Records, where he did record cover and sleeve design and was mentored by Bob Cato, who is perhaps the most successful creative director in the record cover industry. He also served as Art Director at Clarke and Way printers, Harcourt Publishing, and other major New York City studios. He did design work and typography for Greenwich Village publishers, photography at Look Magazine, and did printing for artists as various as Richard Avedon and Leonard Baskin.

After high school, Kuszai enlisted in the United States Air Force, serving primarily in Nome, Alaska, where he worked on aircraft during the Korean War. In the fall of 1955, he enrolled at Rhode Island School of Design on the GI Bill®.

By supporting the Kuszai Endowed Scholarship you can ensure Joe Kuszai’s innovation and impact live on in current students.